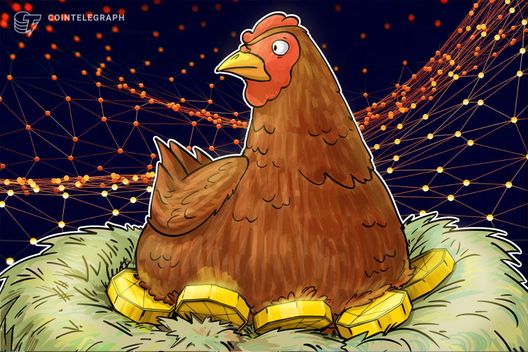 2018 witnessed a significant uptick in the number of ICOs authorized by the United States Securities and Exchange Commission to sell securities to large-scale investors.

2018 witnessed a significant uptick in the number of initial coin offerings (ICOs) authorized by the United States Securities and Exchange Commission (SEC) to sell securities to large-scale investors, according to financial news channel MarketWatch, Jan. 11.

MarketWatch reportedly compiled its data for 2018 by searching the SEC’s Electronic Data Gathering, Analysis, and Retrieval (EDGAR) system for keywords such as “coin,” “ICO,” “token,” “initial coin offering” and “saft.”

Their research reportedly found 287 results for evidently ICO-related fundraisings that were accepted by the agency to offer securities under what is known as a Form D exemption.

Form D is essentially a short registration form in which a company discloses essential information for prospective investors in its securities issuance. The form is notably much shorter that the lengthy reports that are required ahead of sales of a non-exempt security to U.S. investors. Form Ds can also reportedly be filed post-factum, up to 15 days after the first sale has taken place.

Exempt securities are notably limited for sale to so-called accredited investors only — defined in the U.S. as either individuals with a net worth of over $1 million, or who have consistently made $200,000+ per year in income, or as enterprises with over $5 million in assets.

As reported, cryptocurrencies’ status under the overlapping jurisdictions and requirements of various U.S. regulatory authorities remains a complex and much-debated topic. Just this week, a Florida congressman proposed that most cryptocurrencies should not be regulated by the SEC, arguing that applying federal securities laws to crypto “can be very intense and hurt the market unless it is truly a security.”

The CEO and co-founder of Goldman Sachs-backed crypto finance company Circle has this week claimed that more clarity over how to define various crypto assets would “unlock a lot of market activity, and also clearly enable the growth of a market for crypto-based securities.”

In a recent official announcement, the SEC has declared that cryptocurrencies are one of the agency’s top examination priorities for 2019.