↓
Home Menu ↓
Home→News→3% of American Retirees Own Some Bitcoin, While 33% Have No Idea What Bitcoin Is: Survey 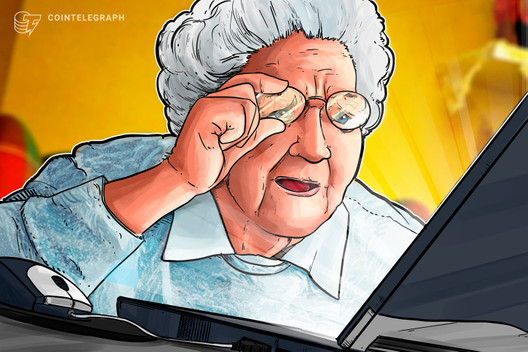 The vast majority of American retirees do not know what bitcoin is, or are not interested in investing in it so far.

About 3% of American retirees claimed to own some bitcoin (BTC) in a new survey released by precious metals-focused magazine Gold IRA Guide on April 17.

In April, Gold IRA Guide conducted a survey asking 1,000 American retirees over 50 years old about their thoughts on investing in major cryptocurrency bitcoin.

According to the survey results, 56.7% of respondents were aware of bitcoin, but were not interested to invest, while 2.7 percent claimed that they already owned some bitcoin.

Around 3.5 percent said that they would like to invest in bitcoin, but did not know how to start, while 4.5 of retirees expressed interest in investing in bitcoin, but decided to keep an eye on it instead of going forward on the matter.

With that, a large fraction of American retirees appeared to not even know what bitcoin is, with 32.9% of respondents having answered that they “have no idea what bitcoin is.”

Earlier in April, Cointelegraph reported that 2% of citizens of Russia have invested in bitcoin, based on a survey by the oldest polling institution in post-Soviet Russia.

Recently, trade publications Global Custodian and The Trade Crypto released a joint study that found that 94% of endowments have been allocating to crypto-related investments throughout 2018.