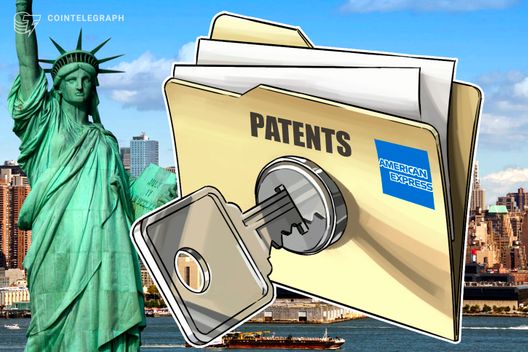 Financial services giant American Express (Amex) has filed a patent for a blockchain-based system to capture and transmit the image of a receipt, according to a U.S. Patent and Trademark Office (USPTO) patent filing published Nov. 13.

The filing describes how the system lets a user with a mobile device capture the image of a receipt. The system then, via “optical character recognition,” deciphers the image and matches it with “related records,” namely transaction history.

The filing mentions of the use of “data blocks” and specifies that “Any databases discussed herein may include relational, hierarchical, graphical, blockchain, or object-oriented structure and/or any other database configurations.”

The reported benefits of using blockchain technology in particular for data storage are further elaborated in the filing:

“The blockchain structure may include a distributed database that maintains a growing list of data records. The blockchain may provide enhanced security because each block may hold individual transactions and the results of any blockchain executables.”

Back in July, American Express Travel Related Services Co. had filed another patent for a blockchain-based system that would automate proof-of-payments by encrypting payment payload data with a public key on an initial node of a blockchain.

Previously this spring, Amex announced it was integrating blockchain to let merchants design customized offers for cardholders in order to increase customer engagement.