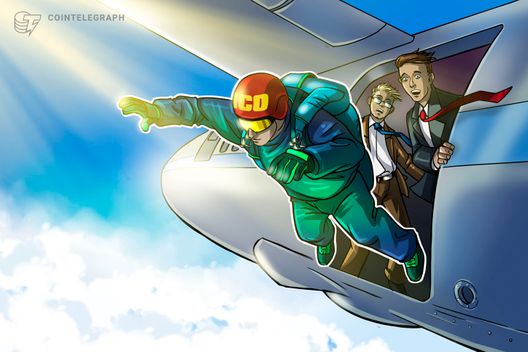 Are Mastercard and VISA about to deem crypto and ICOs ‘high risk’?

What are the consequences for those ‘high risk’ merchants?

According to the publication’s undisclosed sources, the ban will be applied to brokers who operate “from unregulated or loosely regulated environments,” and therefore have no license that would show that proper due diligence has been applied to their business. The action reportedly deals with forex, binary, cryptos, and ICOs.

More specifically, the alleged move seems to target non-EU countries “in the Balkans, former Soviet Republics, and the Far East,” as Finance Magnates argues, while “EU-regulated brokers are suffering due to significant changes to their operations, stemming from the new regulatory framework.” Apparently, the publication referred to the regulations introduced by the European Securities and Markets Authority (ESMA) in June, when the regulator rolled out leverage limits for local retail brokers within the EU. The restrictions targeted cryptocurrencies, among others, as Steven Maijoor, the ESMA Chair, declared:

“The new measures on CFDs will, for the first time, ensure that investors cannot lose more money than they put in, restrict the use of leverage and incentives, and provide understandable risk warnings for investors.”

Thus, non-regulated brokers would reportedly be classified as “high-risk securities merchants” by VISA and Mastercard, brining similar limitations outside of the EU. Consequently, such transactions would be labeled with code 6211, meaning that chargebacks made by clients on those transactions can still be executed for up to 540 days.

Some of the limitations have reportedly come into force, but remain unconfirmed

Allegedly, Finance Magnates’ sources stated that the new classification by Mastercard had started on October 15, while VISA was planning to implement a similar grouping in December of this year. Neither Mastercard nor VISA have commented on the matter as of press time.

Moreover, the publication stated (without providing any specific examples) that “some” associated businesses had already reported to their customers that they will stop accepting credit cards, meaning that the clients of brokers that operate poorly regulated businesses will have to rely entirely on alternative payment options, like wire bank transfers.

There is no information that would confirm the authenticity of the Finance Magnates’ report, which is written rather loosely — there is no evidence to back up most of the claims made throughout the article. Cointelegraph has reached out to Mastercard representatives for further comment, but have yet to receive an answer.

There were similar (also unconfirmed) reports in May

Previously, in May, Finance Magnates reported similar news, announcing that Mastercard was going to single out binary options, CFDs, forex, cryptocurrencies, and ICOs as “high risk” businesses in a “well-coordinated campaign” that involved “several regulators and government agencies.” The write-up quoted a letter allegedly written by a “partner bank” (without mentioning its name), stating the following: “If the merchant is unable to obtain an updated license, we will cease processing applicable high-risk securities transactions from such merchant until provided with an updated license.”

At the time, Finance Magnates wrote that Mastercard’s regulation was “effective from the 12th of Oct. 2018, which is 6 months since the payment processors have received the letter,” with the changes affecting “all transactions globally via Mastercard, Debit Mastercard, and Maestro.” Starting then, every payment processor processing the transactions of a high-risk securities merchant are supposed to show to Mastercard that adequate due diligence has been applied. There have been no official statement from Mastercard confirming or refuting this news.

Either way, it seems logical that the largest credit players on the market want to put unregulated players under more scrutiny and dodge potential risks, as seems to be a general trend: many countries have at least announced their regulatory frameworks, while the US regulators seems to have extended their purview to fight scammers on the market. It is worth stressing that the alleged move by Mastercard and VISA won’t target compliant players.

Mastercard’s relationship with crypto is rather complex: the company has been putting a lot of effort into studying blockchain and securing patents related to the technology, but has publicly expressed its anti-crypto stance. Thus, in October 2017, Mastercard CEO Ajaypal Banga argued that anonymous, not-state-issued cryptocurrencies are “junk” due to their high volatility and inability to operate as a medium of exchange. Previously, in 2014, Mastercard went as far as releasing anti-Bitcoin videos narrated by South East Asia CEO Matthew Driver, where he argued:

VISA, on the other hand, has also been cutting ties with cryptocurrencies while investing in blockchain startups. In January of this year, the company stopped supporting crypto debit cards via a partnership with debit card provider WaveCrest. As a result, cards including those issued by CryptoPay, Bitwala, TenX, Wirex, and others, were suspended, limiting people from paying for goods and services in crypto.