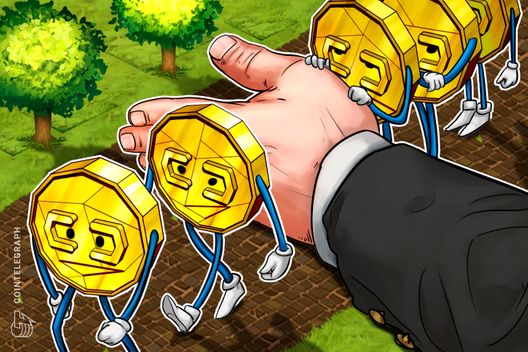 A new report from the Bank for International Settlements has identified a strong correlation between crypto prices and news of regulators’ interventions.

A new report published by the Bank for International Settlements (BIS) has found a strong correlation between crypto prices and news of regulators’ interventions.

According to the report published September 23 by BIS – an organization based in Switzerland made up of 60 of the world’s central banks – cryptocurrencies retain close links to news of regulatory actions across different national jurisdictions. This is despite crypto’s design to function in a borderless and frictionless manner.

BIS’ empirical investigation spanned all news events from the start of 2015 to the end of June 2018, making a criterion of the fact that the event was reported by the news agency Reuters. The bank identified 151 reported regulatory events in total, with the highest concentration from China, India, Japan, the UK and the U.S., and a marked increase of such news over the years.

The report found that the markets responded most markedly to news events regarding the legal status of crypto. Adverse market responses were found to news that pertains to bans, the possible applicability of securities market law to crypto assets, or to announcements that crypto will not be recognized as a currency.

Conversely, solid market gains were sealed in response to governments’ unveiling of new legal frameworks tailored to the crypto space.

The report also found that announcements regarding anti-money laundering/combating the financing of terrorism (AML/CFT) measures – or other interventions that “limit the interoperability of crypto with the regulated financial system” – have a strong adverse impact on the markets.

BIS noted that non-specific – or general – warnings against the risks of crypto, as well as announcements pertaining to the possible, but indeterminate, issuance of central bank digital currencies (CBDCs), had a negligible effect on crypto price action.

The report notably underscored that markets remain segmented between different national jurisdictions, given the discontinuity of regulators’ approaches in different countries.

In summary, BIS proposed that regulation “need not be bad news for the [crypto] markets, with price responses notably signalling a clear preference for a defined legal status, albeit a light regulatory regime.” The bank advocates for greater coordination between regulators across the globe, but suggests that its absence “need not be an impediment to effective intervention.”

As previously reported, BIS devoted a chapter of its annual report this summer to an overview of crypto as money, arguing for the superiority of established centralized institutional arrangements over the new crypto space. BIS argued that crypto remains limited by its capacity to scale, the absence of a stability of valuation, and its inability to ensure the “finality” of payments.