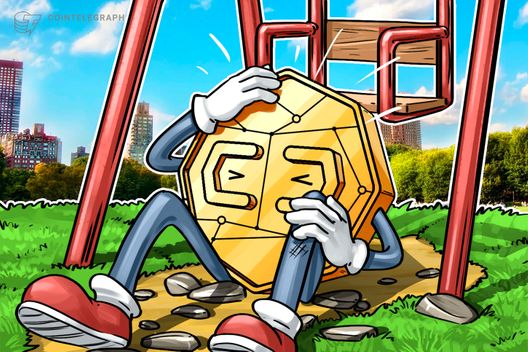 The top 20 cryptocurrencies are reporting moderate to heavy losses, with Bitcoin under $3,450 again.

Thursday, Jan. 31 — all of the top 20 cryptocurrencies are reporting moderate to heavy losses on the day by press time. Bitcoin (BTC) is hovering under $3,450 again, according to Coin360 data. 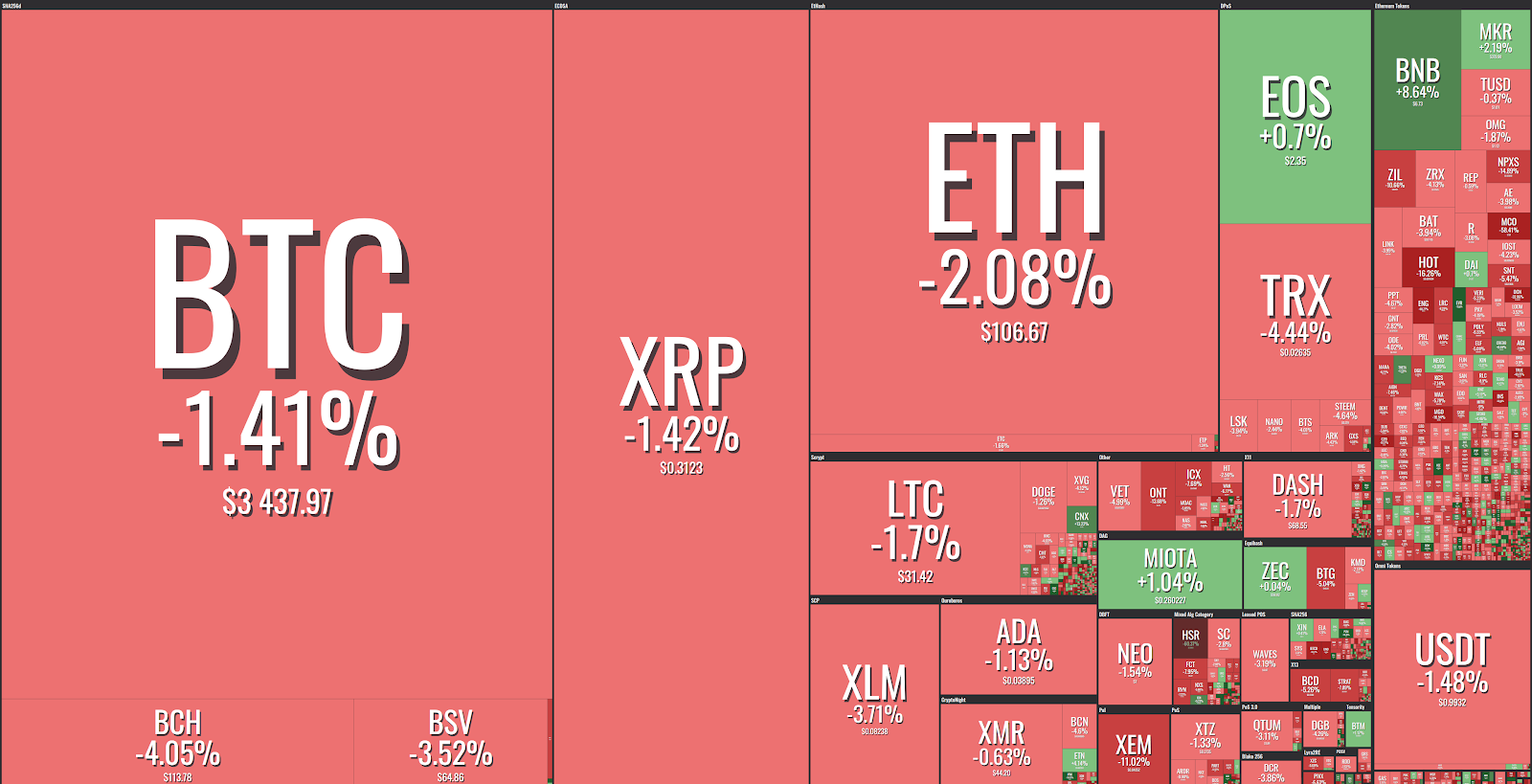 At press time, Bitcoin is down just 1 percent on the day, trading at around $3,449, according to CoinMarketCap. Looking at its weekly chart, the current price is lower than $3,593, the price at which Bitcoin started the week.

Ethereum (ETH), the second-largest altcoin by market cap, has also seen its value decrease by over 2 percent over the last 24 hours. At press time, ETH is trading around $106, having started the 24-hour period about 3 dollars higher. On the weekly chart, Ethereum’s current value has dropped from $116, the price at which the coin started the week.

Among the top 20 cryptocurrencies, the coins experiencing the most notable losses are Nem (XEM) — which is down over 11 percent — and Tron (TRX) and Bitcoin SV (BSV), which have both shed about 5 percent in the past 24 hours.

The combined market capitalization of all cryptocurrencies — currently equivalent to $113.4 billion — is about 6 billion lower than $119.8 billion, the value it reported a week ago. On Jan. 29, total market cap hit an intra-month low of about $111 billion.

As Cointelegraph recently reported, the Nem Foundation announced it has completely reformed its non-profit NEM Foundation amid financial difficulties. The Foundation, which previously had a budget with a monthly burn rate of 9 million XEM (equivalent to about $392,000), now plans to drastically cut costs.

Despite a persisting bear market, crypto and block startups continue to see waves of funding from investors within and outside of the industry. Just today, staking startup Staked announced it had sealed $4.5 million from Pantera Capital, Coinbase Ventures, Winklevoss Capital, and others.