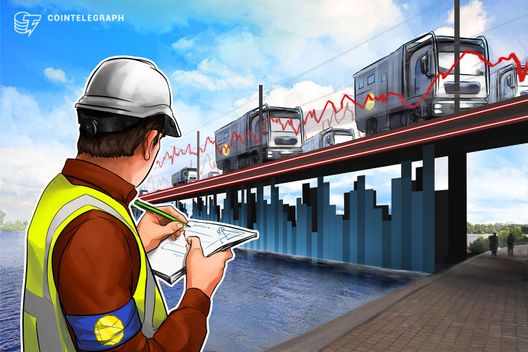 After a weekend mostly in the red, the crypto markets keep sliding down, with Bitcoin and other major currencies seeing moderate losses.

Monday, Jan. 14 — crypto markets are still sliding down after a weekend in the red. According to CoinMarketCap, Bitcoin (BTC) has hit a new 2019 low, trading at $3,552 around press time as other major cryptocurrencies are facing moderate losses. 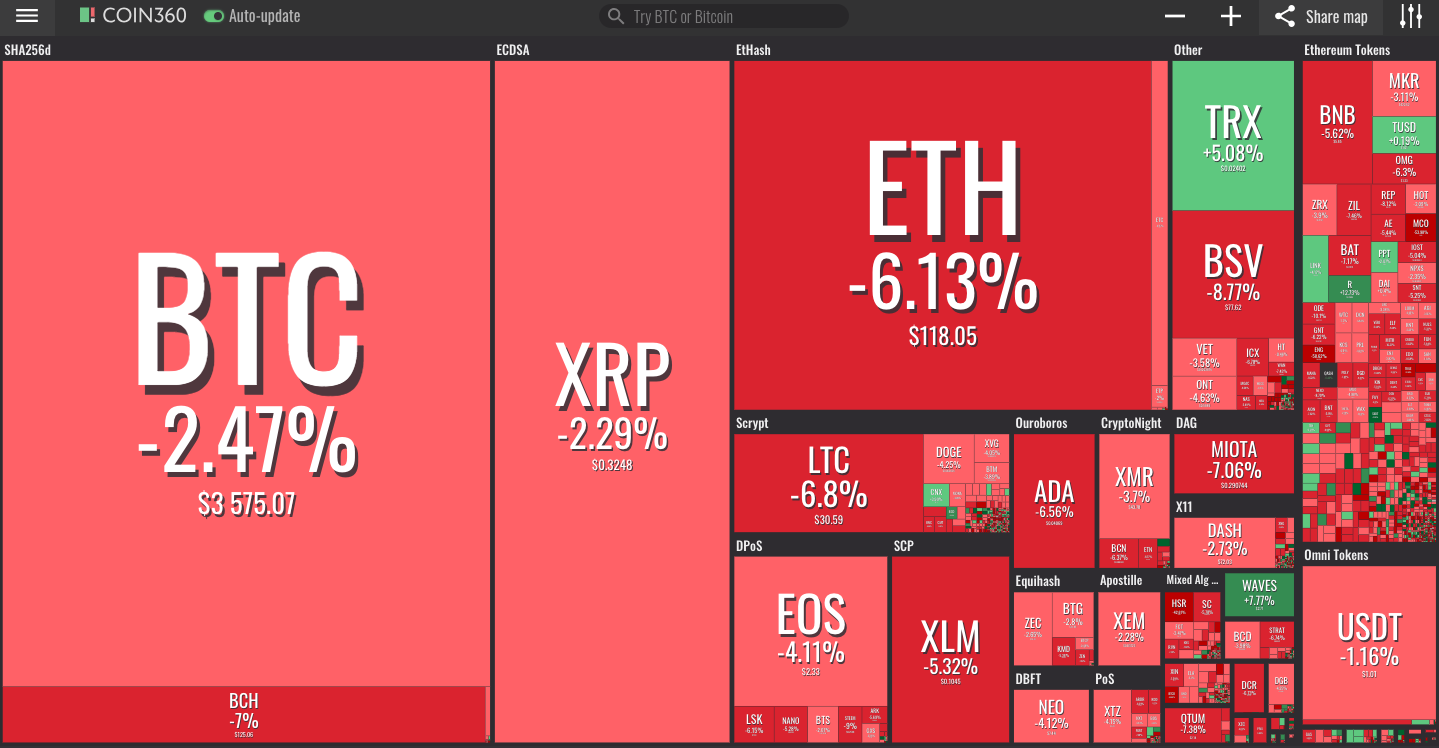 Bitcoin has lost another 2 percent in 24 hours, with its price barely reaching $3,600. Although some reports predicted major market movements due to the recent activation of long-dormant Bitcoin wallets, the major coin has spent a weekend mostly in the red. 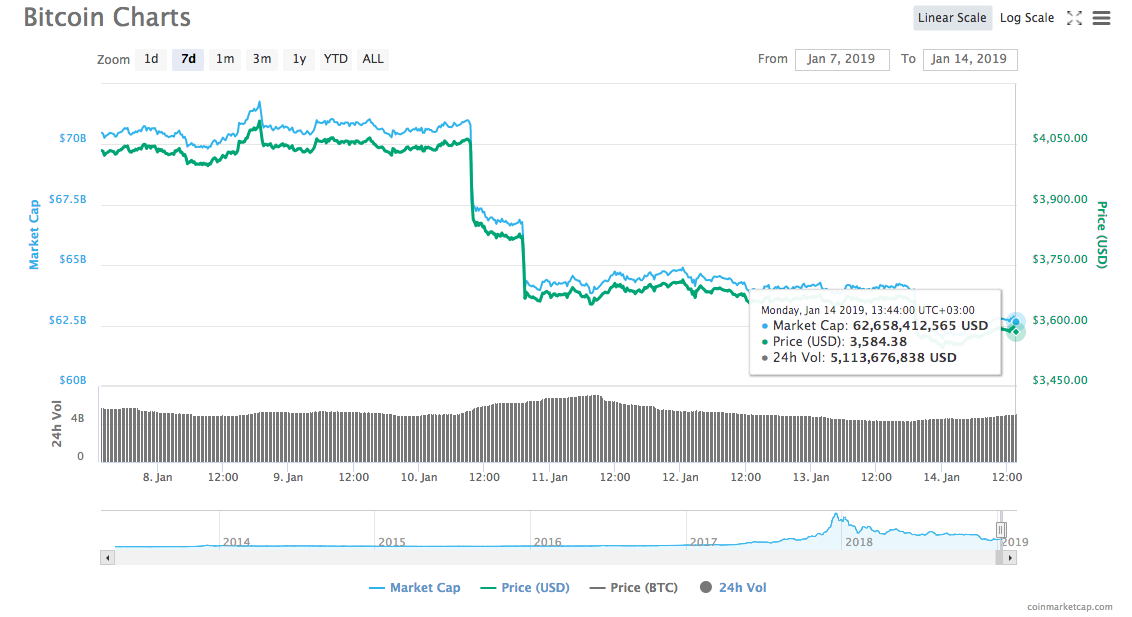 Ripple (XRP), which is currently the top altcoin with a market capitalization around $13.3 billion, is facing slight losses of around 2.5 percent. As of press time, the coin is trading at around $0.324. 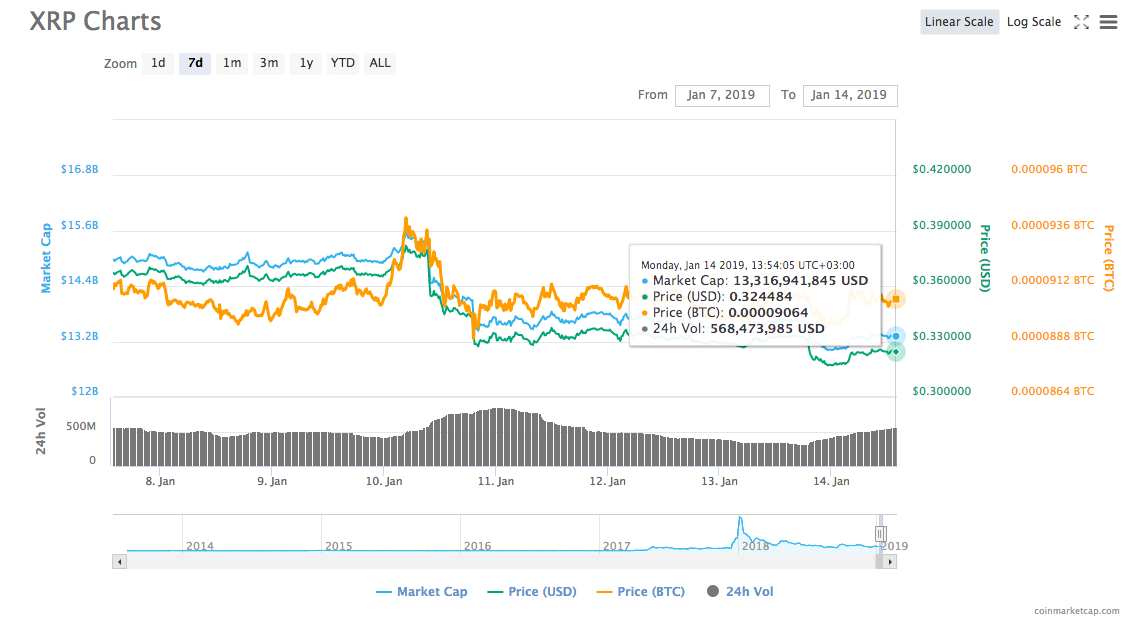 Ethereum’s (ETH) market cap is almost $1 billion less than XRP, ranking in third on CoinMarketCap. The altcoin is now trading at around $118; its weekly chart has seen a significant drop in comparison to last Monday’s high of $154. 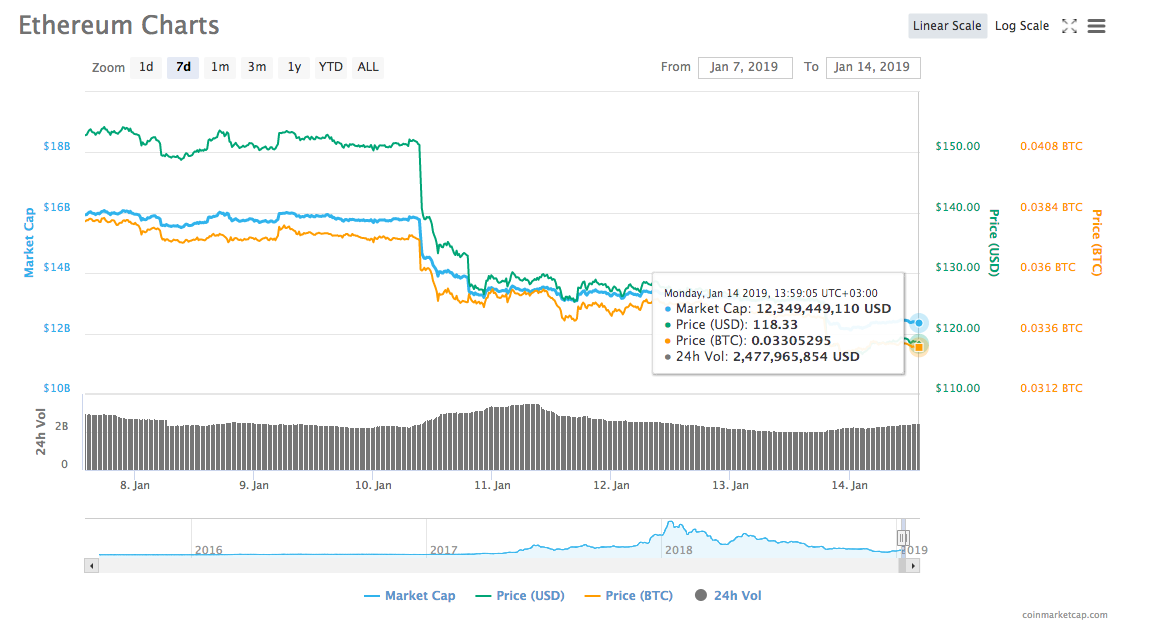 The total market capitalization of all cryptocurrencies is currently hovering around $119 billion. It has declined by almost $20 billion since Thursday, Jan. 10, reaching its 2019 low of $116.8 billion earlier today.

As for other altcoins, TRON (TRX) is currently the only altcoin in the top ten in the green, seeing up to 2 percent gains on the day as of press time. Bitcoin SV (BSV) has seen the worst performance among major coins in last 24 hours, losing around 9 percent and trading at $77 as of press time.

As Cointelegraph reported earlier today, Tyler and Cameron Winklevoss, Bitcoin (BTC) endorsers and founders of the crypto trading platform Gemini, have predicted a bright future for stablecoins and tokenized securities. The entrepreneurs believe the crypto industry will move from a focus on unregistered initial coin offerings (ICO) to tokenized assets in various areas, such as real estate.

In the meantime, Reuters has reported that Malaysian cryptocurrency regulation will come into effect on Tuesday, Jan. 15. The new regulation classifies digital currencies, tokens and crypto-assets as securities, placing them under the Securities Commission’s authority.

Meanwhile, Google has reportedly blacklisted keywords mentioning Ethereum on its advertising platform Google Ads. According to auditing startup Decenter, the “ethereum development services” and “ethereum security audits” keywords are no longer available for their use. The official Google Ads Twitter account explained that the problem might be linked to targeting features, as crypto exchanges can only target their ads in the United States and Japan.