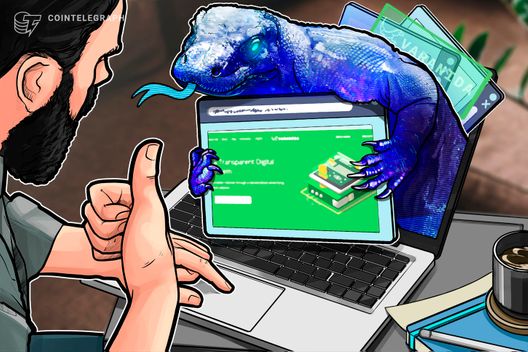 A digital advertising startup with the goal of “building a better internet” for web users, publishers and advertisers is embarking on the second round of its token offering – but with a twist.

Varanida says its blockchain has been built for three reasons: improving transparency for brands, increasing revenue for publishers, and giving the public a better experience when they are browsing the internet.

The company plans to achieve these goals by “improving online digital content and creating incentives for less intrusive ads that people actually want to see.” Founded in Lyon, France four years ago, Varanida says it has amassed more than 135,000 users – demonstrating demand for these changes.

For the second round of its token offering, Varanida is using a new hybrid model that blends the traditional format of initial coin offerings (ICOs) with DAICOs – a relatively new concept championed by Ethereum founder Vitalik Buterin.

How the DAICO format works

DAICOs aim to make initial coin offerings more secure by involving investors in a project’s initial development – including giving them the power to vote for the funds they contributed to be refunded if they feel inadequate progress has been made. In a nod to DAOs, trust is not given to a team, meaning that decisions on how funds are used are voted upon.

Although the DAICO model was designed to help mitigate the risk of scam ICOs and motivate teams to deliver, it does require active participation in voting from contributors – and the system can be undermined if the developers behind a project hold a significant chunk of the tokens.

Varanida’s CEO, Anji Ismail, told Cointelegraph: “Our goal has always been to improve the way the digital market provides services and content, while treating privacy, data ownership, and online users’ experiences with the greatest respect. This round of our ICO will get our team and contributors one step closer to fulfilling that vision, while making Varanida part of the evolution of ICOs.”

The startup hopes that this arrangement will enable its community of users to have a voice in deciding which milestones are achieved next – providing the Varanida team with insight into the features their stakeholders regard as critical. According to the company, any failure to hit a milestone would result in automatic refunds for contributors.

Putting an end to “bad ads”

Varanida says it wants to return control of the online experience to users – enabling them to decide when they receive ads, and who gets their data. By doing so, users can receive a reward in VAD tokens – unlocking access to premium content from their favorite publishers.

That might seem like it would hurt publishers, but Varanida argues that the opposite is true. According to Varanida, websites using its blockchain enjoy greater amounts of revenue – and this can be reinvested back into supporting “quality and engaging content.” They are also able to erect paywalls without harming their readers’ experiences, and receive accurate, transparent, verified statistics that enable them to make informed decisions on their business strategies.

Advertisers can rest assured they are reaching engaged users who have opted in to seeing their campaigns – with Varanida’s fraud-free network preventing bots and weeding out fake sites. “Innovative formats” also mean that brands can explore new ways of capturing the attention, and spending money, of their target market.

Round two of Varanida’s token offering ends on Oct 5. The third round will be split into three rounds, with their dates subject to a community vote. Contributors at each of these stages can receive refunds if pre-agreed milestones are not reached.