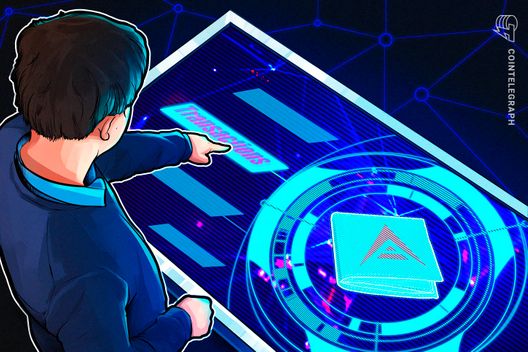 A blockchain network is gearing for an imminent, non-contentious hard fork – delivering flexible transaction fees and an enhanced plugin system for users.

A blockchain network is preparing for the imminent hard fork to the second version of its core system on 28 Nov – with users set to benefit from flexible transaction fees and the ability to develop their own plugins with ease.

ARK has been preparing Core V2 of its platform for some time, and has stressed that its community will not be affected by the hard fork as long as they update their desktop or mobile wallets to the latest version. Upon launch, exchanges and node operators will be required to update to the new core codebase.

Forking out for fees

The team says one of the most exciting developments from the upgrade is its Dynamic Fees system, which enables ARK users to outline the maximum fee they are prepared to pay in order for their transaction to be completed.

ARK wants to create a marketplace for transaction fees – offering flexibility to people who are prepared to wait a little longer for funds to clear in order to keep their costs down. The protocol-level change could also help increase levels of competition among delegates, who are responsible for including transactions in their blocks. There is a cap in the wallets on how high fees can go – meaning users who need their funds urgently won’t be facing exorbitant fees.

ARK hopes to ensure that this system is achieved “without detracting from or confusing the seamless user experience” – and to keep its community informed, an advanced option is being made available where users can see the lowest and highest transaction fees paid over the past 30 days, in addition to the average. Mechanisms are also in place to prevent users from transferring more funds than they intended.

Once the hard fork has been completed to Core V2, ARK says its platform will be able to handle three times more transactions per second (TPS). The number of transactions that can be placed in a single block is increasing from 50 to 150 – and this will increase TPS capabilities to 18.75. While this is by no means a limit, executives say “we don’t foresee the need to increase this further” for now.

The new core is also going to help the platform build upon its goal of becoming the “WordPress of blockchains.” Improvements have been made to simplify the process of developing plugins that leverage the power of blockchain – and according to ARK, it only takes users a few lines of code to remove or add plugins to the system.

Other notable features included in this upgrade include multisignature transactions, a brand-new API and webhook support, better verification measures, and one of the first blockchain plugin implementations that gives ARK the ability to be modular and fully customizable.

As previously reported by Cointelegraph, ARK says it aims to create accessible tools which enhance understanding about blockchain technology and its potential. A SmartBridge feature also allows its blockchain to interact with all ARK-based blockchains, as well as other mainstream networks such as Ethereum and Bitcoin.

ARK has stressed that Core V2 is not backwards compatible with its previous version but says the upgrade is not a contentious one, unlike with Bitcoin Cash. Though a soft fork was initially planned, its development team concluded this “would take too much time and effort” – distracting them from driving the platform forward.

In a blog post, the team wrote: “All are in agreement that the upgrades are necessary and beneficial to the network. ARK will continue on as one network, with substantial upgrades, and a positive foundation for future development.”

ARK says its open-source technology is free of charge and open to everyone – underpinned by a friendly community of experts who can offer advice and guidance.

Looking ahead, the platform is preparing to launch a second version of its white paper, along with new editions of its desktop and mobile wallets. An e-commerce plugin called ARK Pay is also being released soon, and this will make it simple for websites to accept ARK as a payment method.

As the end of 2018 nears, further updates on the items outstanding in its roadmap are going to be presented to the community.