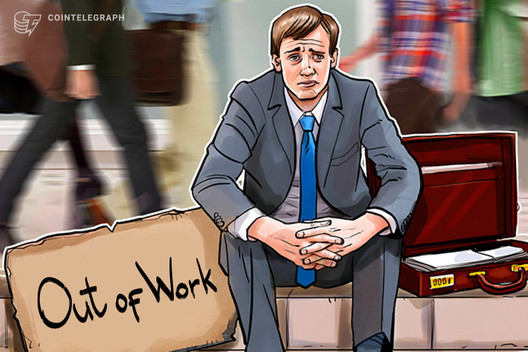 Blockchain smartphone startup Sirin Labs laid off a quarter of its workforce.

Per the report, the startup admitted to having laid off 15 of its 60 employees and having overestimated the sales of their Finney blockchain smartphone. A spokesperson for the company reportedly said that it will now focus on software development and distribution.

Sirin Labs also purportedly denied previous reports that the company had failed to pay wages to its employees.

The report also notes that the founder of the company, Moshe Hogeg, chairperson of venture capital fund Singulariteam, has recently found himself in the midst of a controversy.

According to the article, a lawsuit of at least $50 million has been filed in California against him and other two Singulariteam members by Canadian Internet entrepreneur Adam Perzow. Perzow reportedly sold the Invest.com domain to Singulariteam in late 2014 for over $5 million.

Per the report, Perzow also claims that the fund defrauded many investors of hundreds of millions of dollars. Furthermore, two other lawsuits have been reportedly filed against Hogeg in Tel Aviv by investors in enterprises managed by him.

As Cointelegraph reported at the end of last year, Sirin Labs launched its Finney blockchain smartphone, selling it for $999 per device.

More recently, in March, the company also confirmed that the development of new features for the device is still ongoing and that the company will integrate popular ether (ETH) wallet MyEtherWallet in its smartphone.