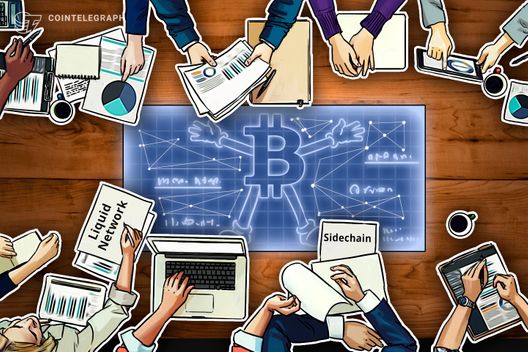 The Liquid Network sidechain for the Bitcoin (BTC) blockchain went live on Sept. 27, according to an Oct. 10 post from Blockstream.

Blockstream is a blockchain development company founded in 2014, with Samson Mow as its CSO. The Liquid Network project, first announced in 2015, was then launched by Mow and Joseph Weinberg of Paycase in 2017 in order to allow for better liquidity between Bitcoin exchanges and brokers.

According to Blockstream’s blog post, the Liquid blockchain generated its first block on Sept. 27, 2018 at 1:29 UTC with participation from 23 crypto industry members including Bitfinex, OKCoin, BitMEX, and the SIX Digital Exchange.

The blog post explains that Liquid aims to allow for faster transactions with Bitcoin between businesses and individuals with the use of its features. These include a native Liquid Bitcoin (L-BTC) asset backed by a “two-way peg” to Bitcoin, Issued Assets bringing “bitcoin-like features to traditional assets,” and its Confidential Transaction Technology.

Blockstream’s post also notes that more features will be added in the future, including the integration of the GreenAddress wallet and third-party hardware wallet support from Ledger and Trezor.

According to the FAQ page, the Liquid Network differs from the Lightning Network (LN) — a second-layer solution for Bitcoin — in that its transactions are not “limited in amount to channel capacity.” In July, payment service CoinGate launched an LN trial for 100 merchants, including esports betting websites, online stores with crypto merchandise, and adult entertainment websites.