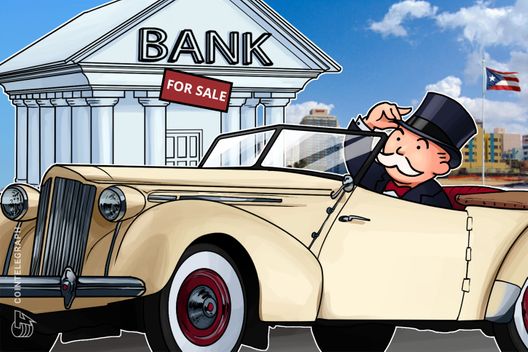 Sources have told Bloomberg that Puerto Rico’s Noble Bank has lost Tether and Bitfinex as clients and is looking for buyers.

Citing an unnamed person familiar with the case, Bloomberg reports that Noble Bank has lost Tether and Bitfinex as clients, among others, and is currently on the search for a buyer. The bank, which sources tell Bloomberg is no longer profitable, might sell for a price from $5 to $10 million, which is mostly formed by the value of its Puerto Rican license for international financial operations.

Noble Bank officials declined to comment the matter to Bloomberg, while Tether and Bitfinex were not immediately available for the comments.

Back in 2017, U.S.. bank Wells Fargo dropped Tether and Bitfinex — who share a CEO, Jan Ludovicus van der Velde — as clients, Bloomberg notes. The two entities had also reportedly received subpoenas from U.S. regulators on Dec. 6, 2017, with the impetus for them still unclear.

Tether and Bitfinex were looking for other banks when Noble — one of the only two full-reserve banks in Puerto Rico that publicly operates with crypto assets — emerged as a possible option, according to a Bitmex report.

While Tether had broken ties with their auditor in January 2018, an unofficial audit of Tether in June reported that the stablecoin has enough in dollar reserves to back its tokens. Bloomberg notes that Noble was audited by Puerto Rico’s bank regulator last year in a move that “raised concerns,” but that the bank has not been “faulted publicly.”

As experts told Cointelegraph in early 2018, Puerto Rico was seen by many as a possible crypto paradise, as U.S. taxpayers were not obliged to include incomes from sources within Puerto Rico to in their tax declarations. However, the U.S. Internal Revenue Service (IRS) and local island authorities were expected to intervene in the situation in order to get "billions" from crypto taxation.

In possible competition with Tether, three new stablecoins backed with the U.S. dollar launched this September. In the beginning of the month, Paxos and Gemini separately announced two stablecoins called the “Gemini dollar (GUSD)” and the “Paxos Standard (PAX),” both backed 1:1 with crypto. Later, Circle Internet Financial launched its own USD-backed digital token named the “USD Coin.”

According to CoinMarketCap data, Bitfinex saw a 23 percent decrease in daily trading volume on Monday, October 2.