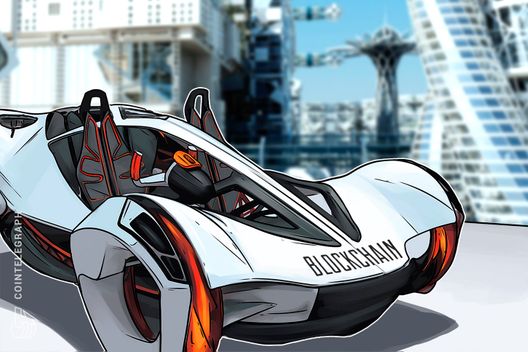 Technology from the Mobility Open Blockchain Initiative’s tournament for blockchain in auto tech will be showcased publically at an event hosted by BMW next year.

The Mobility Open Blockchain Initiative (MOBI), and the Trusted IoT Alliance (TIoTA) have launched a tournament for blockchain applications in vehicles, according to an official press release published Oct. 10.

The new tournament entitled MOBI Grand Challenge reportedly intends to develop “the first viable” blockchain-powered network of vehicles and system to coordinate machines, provide data sharing, as well as to improve the level of mobility in urban conditions.

The three-year blockchain challenge, which plans to award winners with over $1 million dollars worth of tokens, will cover a number of events, and invites entrants to participate online globally.

The MOBI Grand Challenge will begin Oct. 12 with the first four-month challenge to showcase “potential uses of blockchain in coordinating vehicle movement and improving transportation in urban environments.”

Selected technologies from the first challenge will be demonstrated at an event hosted by MOBI community member BMW Group in Munich, Germany in February 2019.

The outcomes found in the first series of the MOBI Grand Challenge will be used as basis to create the next challenges of the three-year tournament.

Ocean Protocol is a blockchain-based data exchange protocol that has committed a prize of $1 million dollars in tokens to the MOBI Grand Challenge. Beyond Protocol is a Silicon Valley-based firm that is applying distributed ledger technology (DLT) to secure Internet of Things (IoT) devices. The firm has committed $250,000 worth of tokens to be used on its protocol network.

Zaki Manian, Executive Director of the Trusted IoT Alliance and a member of MOBI’s Board of Advisors, stated that mobility is a “breakout” IoT industry direction for blockchain. According to Manian, just a “small percentage of companies have completed end-to-end proof of concepts in this area,” so the new tournament intends to “fill this gap.”