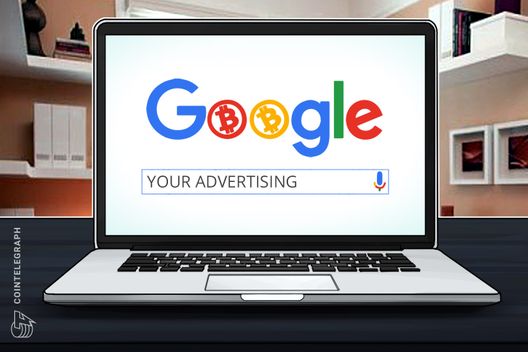 In an official announcement Tuesday, Google said that it will allow registered crypto exchanges to advertise in the U.S. and Japan.

The U.S. tech giant Google is set to update its ad policy in October, reallowing some crypto businesses to advertise on its platform. The company announced this in an official post Tuesday, September 25.

According to the official announcement, starting in October Google will allow registered cryptocurrency exchanges to advertise on its Google Adwords platform, targeting the U.S. and Japanese audiences. The announcement says:

“Advertisers will need to be certified with Google for the specific country in which their ads will serve. Advertisers will be able to apply for certification once the policy launches in October.”

This decision follows an announcement in March that all crypto-related businesses will be banned from buying ads on Google Adwords, described by industry insiders as “unfair” and “troubling.”

Other tech giants, such as Facebook and Twitter have made similar statements in a wave of crypto advertisement bans earlier this year.

Since then, Facebook has reversed its ad ban for pre-approved cryptocurrency firms, while still maintaining a ban on Initial Coin Offering (ICO) advertisement – a move similar to the one made today by Google.

Back in June, during an exclusive interview with Cointelegraph, Wikipedia’s Jimmy Wales commented on the attempts to regulate the blockchain and crypto industries, saying: “You can’t ban math. You can’t ban blockchain.”

In July, Google’s co-founder Sergey Brin announced that he is an Ethereum (ETH) miner at the Blockchain Summit in Morocco.

With additional reporting by Max Yakubowski