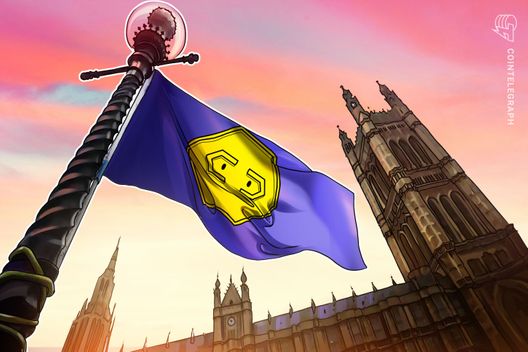 A significant crypto market slump has brought concern and alarm, but also some unexpected side benefits. One such benefit comes from how financial regulators in the United Kingdom now appear sufficiently relaxed about crypto and its growth that they can take their time to carefully consider fair regulation. Without the pressures of a rapidly climbing crypto market, statements from officials have suggested that they will now avoid hastily implementing legislation — and as a result, the cryptocurrency industry in Britain will ultimately benefit from rules that protect customers and innovation alike.

However, while U.K. regulators now have more time to consider and consult on balanced regulations, this doesn't necessarily mean that Britain will soon be home to a lenient regime for cryptocurrencies and relevant businesses. Because of the massive 2017 surge that crypto enjoyed, the U.K. — like many other nations — laid down a blueprint for establishing cryptocurrency laws this year. And to a large extent, it's this plan that the Financial Conduct Authority (FCA) and other bodies will pursue in 2019, regardless of whether they have more time or not.

Currently, both the FCA and the U.K. Treasury (i.e., the U.K.'s department of economics and finance) are considering how to classify cryptocurrencies and whether to apply existing regulations to them or to devise new, more specific legislation. And as the Treasury's Gillian Dorner implied at the Regulation of Cryptocurrencies conference at the end of November, they're thankful that the public's rush into crypto has died down in recent months, since it will potentially enable authorities to formulate more balanced, even-handed laws:

"We want to take the time to look at that in a bit more depth and make sure we take a proportionate approach."

In affirming that the Treasury didn't want to rush ahead with overly zealous rules, she echoed statements made at the same conference by the executive director for strategy and competition at the FCA, Christopher Woolard, who told Reuters that the FCA would be launching a consultation by the end of 2018 on crypto classification and regulation:

"This will help clarify which cryptoassets fall within the FCA’s existing regulatory perimeter, and those cryptoassets that fall outside."

As much as his and Dorner's remarks might hint that the U.K.'s financial regulators will now take more time to contemplate upcoming cryptocurrency legislation, it's still not certain whether the added time will make much of a difference as to the scope and restrictiveness of any resulting legislation.

Speaking to Cointelegraph, Iqbal V. Gandham, the chairman of self-regulatory trade body CryptoUK, predicts that the FCA is unlikely to shift its direction. "I don't see it changing the FCA's thought process," he affirms.

However, while Gandham doesn't believe the FCA has really softened or relaxed its position, he nonetheless expects that it and the U.K. government will stick to applying current regulations for the time being:

"I feel [cryptocurrencies] will 'fall within its existing regulatory regime' – at least as a starting point. New regulations would be more appropriate moving forward once we start to discuss decentralized exchanges and perhaps subjects such as atomic swaps [direct cross-crypto trades, without the need to use a crypto-exchange]."

Still, the regulatory ‘roadmap’ the FCA and U.K. government laid down this year would suggest that — market downturns or not — 2019 will be a tough time for crypto in the U.K.

In October, the FCA announced that it's considering a ban on cryptocurrency-related derivatives, such as contracts for difference (CFDs), futures and options. Given that CFDs and the like fall within the regulatory scope of the FCA, it indeed has the power to enact such a ban. What's more, it appears that they are already thinking to introduce it, given the conclusions of an October report from the Cryptoasset Taskforce, a group that includes members from the Bank of England, the FCA and the U.K. Treasury.

With regard to CFDs, the Taskforce's report concluded that crypto-based CFDs produce "specific risks to consumers […] and can cause losses that go beyond the initial investment." And with regard to cryptocurrencies more generally, the report also stated that "there is growing evidence of harm to consumers and markets."

This line was repeated by the FCA's Christopher Woolward in his speech at the Regulation of Cryptocurrencies event:

"The first harm is to consumers, who may buy unsuitable products, face large losses, be exposed to fraudulent activity, struggle to access market services, or be exposed to the failings of service providers, such as exchanges."

Clearly, these aren't the remarks of an organization aiming to let crypto self-regulate according to its own needs, and other noises from government also indicate that the U.K.'s regulatory regime may eventually end up being expanded and tightened. For example, in a September report, the U.K. parliament's Treasury Committee called for new regulations to be introduced so that the FCA would have the power to police all aspects of the crypto industry, and not just derivatives like CFDs.

"It's unsustainable for the Government and regulators to bumble along issuing feeble warnings to potential investors, yet refrain from acting," said the committee's chair, Nicky Morgan MP.

"At a minimum, regulation should address consumer protection and anti-money laundering."

And it would seem that the FCA has been listening to such calls, given that it provided a strong response to the Cryptoassets Taskforce's speech. For instance, despite what Reuters reported concerning Gillian Dorner’s and Christopher Woolard's speeches, it would seem that at least Woolard and the FCA are still intent on taking a fairly hard line on crypto. Woolard said in the concluding section of his speech, "it’s clear strong and speedy action is necessary," and that the FCA will "tackle potential risks on several fronts." It therefore looks unlikely that, even with the additional time bought by a bear market, U.K. regulators will take a soft stance.

In December, the U.K. government published its first policy paper outlining how it will tax cryptocurrencies and “cryptoassets” (as it prefers to refer to cryptos), suggesting that it hadn’t really slowed down or decided to wait when it comes to formulating regulation for the industry.

Added to this, anyone who holds cryptocurrencies for any period of time and then sells them after they’ve risen in value will be liable for capital gains tax (assuming their gains pass the 11,700-pound threshold). This puts cryptocurrencies in the same bracket as stocks and other financial assets, but what’s unique to them, in this case, is that it means crypto holders could be taxed twice on the same coins, as explained by Niklas Schmidt, a tax expert at the Wolf Theiss law firm in Austria:

“It is the case that an individual receiving cryptocurrency instead of fiat money for freelance or employment work carried out, will be taxable on the amount of cryptocurrency received, and will also be taxable in case such cryptos are later on sold at a gain. Normally the rule would be that the cost basis of the cryptos received would be equal to their fair market value at the time of receipt. Thus a taxable gain would only accrue to the extent that the sales price is higher than the fair market value at the time of receipt. In other words, there should normally be no double taxation if the cryptos are subject to income tax and capital gains tax.”

As Schmidt says, employees getting paid in crypto will be subject to income tax and they’ll pay capital gains tax if they make a certain amount of profit on their crypto, which — for 2018/19 — is 11,700 pounds or above (it will be 12,000 pounds in 2019/20). This is a relatively large threshold, so it may not apply to most people who get paid in cryptocurrencies and then sell them at a later date.

Still, it’s arguably harsh on those who do succeed in making profits of 11,700 pounds or above on their earnings. That said, international tax lawyer Selva Ozelli told Cointelegraph that this won’t make crypto any less desirable to British holders and investors:

“Many countries have instituted tax on cryptocurrency trading including the USA and that has not stopped investors from investing in them.”

While this all might be disconcerting for anyone who wants cryptocurrencies to be subject to permissive regulation or for the industry to regulate itself, it's arguable that bringing taxation and the FCA to bear on crypto is an important step in making it reassuringly 'mainstream' and 'familiar’ for would-be adopters.

This, at least, is what's suggested by CryptoUK's Iqbal Gandham, who advocates for the application of current financial laws on crypto, even if this might initially seem restrictive. "For now however, I feel an approach which couples existing regulation and cryptos is the best," he said, explaining that anything more would restrict innovation and that anything less might fail to reassure the public.

Other voices within the industry, however, are highly skeptical that any kind of regulation could ever be appropriate or beneficial for crypto — or for the people who use cryptocurrencies. As WINGS co-founder Dominik Zynis explained to Cointelegraph, even substantial crypto regulations may lull investors into a false sense of security, since no amount of regulation can change the fact that cryptocurrencies and ICOs — even entirely compliant ones — are potentially volatile and may lack a sound roadmap, business model or platform for securing future returns:

"The sooner that investors realize that regulators won’t be there to stop them from losing money the sooner they will invest more time and money into unbiased research services which give them a better chance at making wiser investment decisions."

Of course, this kind of warning isn't likely to stop the FCA or the U.K. government in their tracks. However, even though Christopher Woolard has recently said that "speedy action is necessary," any meaningful action the FCA does end up taking isn't likely to be speedy. In an October press release, London-based legal firm Reynolds Porter Chamberlain explained that past extensions of the FCA's regulatory powers took at least two years to come into force, indicating that any government official who wants a quick crackdown on Bitcoin, Ethereum or any other cryptocurrency will end up disappointed.

Added to this, Woolard himself pointed out in his speech that U.K. crypto legislation will be effective only in a context of similar international regulations, otherwise the U.K. simply risks repelling crypto-related businesses to rival economies. Concluding his speech, he admitted, "we also recognise the limits of domestic action on this global, cross-border issue. We will, therefore, also seek to work collaboratively with international counterparts."

The international dimension of financial legislation is important here, as repeated to Cointelegraph by Calvin Cheng, the CEO at crypto exchange Abcc.com. “Financial services law in most developed countries are already very similar,” he says. “We shouldn’t expect digital assets to be any different.” So even if U.K. legislators are likely to propose strict regulation, the fact that legislation has to align at a global level could mean that any British restrictiveness is possibly tempered by a more laissez-faire attitude internationally.

And if an extension of U.K.-based regulatory powers would take as many as two years, ensuring that such an extension is part of a global framework is likely to require even more time. In other words, regulators will be forced to move slowly on crypto regulation, regardless of whether the market itself is accelerating or decelerating.