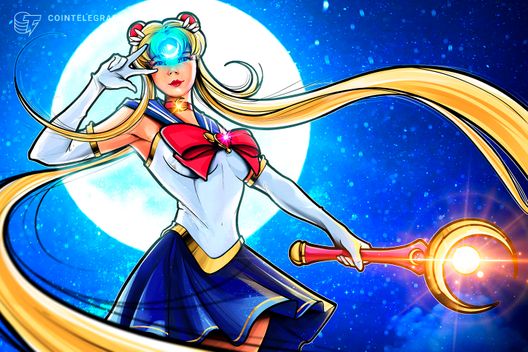 Overseas sales for Japanese anime are rising, but revenues for creators are stagnant. A startup is embracing blockchain to help the culture survive and grow.

A Japan-based blockchain platform says the country’s beloved anime industry is at an impasse. While the number of global fans for this distinctive, inimitable animation style has been growing exponentially, artists face “a harsh work environment with very little incentive.”

Twilight Coin fears that, if this trend continues, it is unavoidable that both the quality and quantity of Japan’s anime culture will start to go in decline. This is why it is offering a “creator to consumer” model which enables artists to connect directly with fans and receive funding for projects that everyone is passionate about.

The company believes that this could also generate some revolutionary works that have been completely free of interference from disinterested investors – as influential stakeholders can end up radically changing the direction of a project from what the artist initially envisaged.

Twilight Coin’s focus on blockchain could prove timely, given research from The Association of Japanese Animations. According to its anime industry report in 2017, the most recent to be released, the sector has been experiencing a “fourth boom” – but sadly without the financial reward for hard-working studios. While overseas sales have soared by a huge 171.9 percent from 2013 to 2016, the domestic market has been stagnant. This is because the switch from old-fashioned TV channels to internet distribution, movies and live entertainment has been a jumpy one – with revenues from these new platforms failing to match their predecessors.

How can blockchain help, then?

Twilight Coin is planning to use two different formats to help anime creators make a living and keep their loyal fanbase satisfied.

Firstly, studios or individual artists would be able to reveal proposals to fans via the blockchain platform – and if consumers like the idea, they are able to show their support by contributing in Ethereum (ETH). In exchange, they are given exclusive material including original drawings, admission tickets and autographs, with their ownership of these prized possessions stored on blockchain. Creators use these funds to make projects a reality, with their investors given regular updates on progress. Distribution follows, with crowdfunding participants getting a sneak preview.

When it comes to generating revenue from completed works, fans can pay a subscription for access to a series. Alternatively, if a show is picked up by a streaming site or a broadcaster, they would pay fees – with studios and creators getting a share of the income.

Projects get under way

Work has already begun on a theatrical anime known as Hakubo, which is slated for release in 2019. In a blog post, Twilight Coin’s CEO Koji Wada explained: “Hakubo is a so-called boy-meets-girl story. A boy and a girl meet in Iwaki city, Fukushima prefecture, and fall in love.”

His company have already seen the impact that crowdfunding can have on bringing projects to fruition. In 2017, 1,225 people donated to getting Hakubo into production via the Campfire platform – contributing at least 21 million yen ($185,521 at today’s rates.)

The concept behind Hakubo was the brainchild of esteemed animation director Yutaka Yamamato, who has produced several hits over the years. His idea for the romance initially came to him some 20 years ago.

A presale for TWC, the token which artists use to list their projects on Twilight Coin, begins on Nov 15 and ends on Dec 15. A crowdsale begins on Dec 26, and the company says the end date is yet to be announced.

Platform development is set to begin by the end of 2018, with a beta version of the platform due to follow in the second quarter of 2019. Twilight Coin also hopes to license Hakubo at this stage. By the end of 2019, the company aims to release the commercial version of its platform, crowdfund a second anime by Twilight Studios, and enable other studios and creators to begin crowdfunding for their own projects.