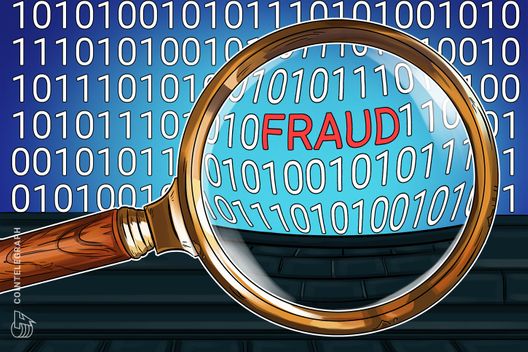 Founders of Canadian-based Vanbex reportedly used the $22 million raised in an ICO for personal benefit instead of building promised products.

Canadian police have frozen assets of the founders of blockchain consulting firm Vanbex, which raised $22 million in an alleged fraudulent initial coin offering (ICO). The development was reported in a court document released on March 14.

According to the document, Vanbex founders Kevin Hobbs and Lisa Cheng claimed to the public that they operated a Vancouver-based cryptocurrency firm, starting from 2017. The firm, which was interchangeably called Vanbex and Etherparty, is actually a shell company that developed no useable products, the court document argues.

The police have now frozen two accounts of Vanbex co-founder Hobbs and seized the founders’ two new Land Rovers, as well as ordered the founders not to sell, borrow or damage their Vancouver condominium for at least 30 days or until a further order from the court.

In 2017, Vanbex reportedly launched its cryptocurrency Etherparty (FUEL), a token that was purportedly designed to provide an ecosystem for the company’s smart contracts system, promising investors massive returns. In a FUEL pre-sale, Hobbs and Cheng reportedly raised more than 30 million Canadian dollars ($22 million), which was allegedly accompanied by a sudden acquisition of substantial wealth by both founders, the document notes.

Following the allegedly fraudulent ICO scheme, the Royal Canadian Mounted Police (RCMP) launched a fraud investigation into Etherparty and Vanbex, as well as Hobbs and Cheng, in May 2018.

The RCMP determined that from May 2017 through July 2018, Hobbs and Cheng were defrauding investors by falsely offering corporate investment in FUEL tokens while not intending to use the invested funds to develop products, but rather with intention to use them for their personal benefit.

Following the allegation, the court document listed objects of property that were allegedly purchased with the misappropriated funds, including real estate and vehicles, as well as noted that a part of the funds was used by Hobbs to engage in gambling activities.

The document also mentioned some of Hobbs’ criminal history, including money laundering and marijuana trafficking.

At press time, Vanbex has not commented on the court’s order to Cointelegraph, while the firm’s Twitter account is also silent about the issue.

Etherparty is down about 8 percent over the day, trading at $0.0128, with its market capitalization around $7.7 million, according to CoinMarketCap.