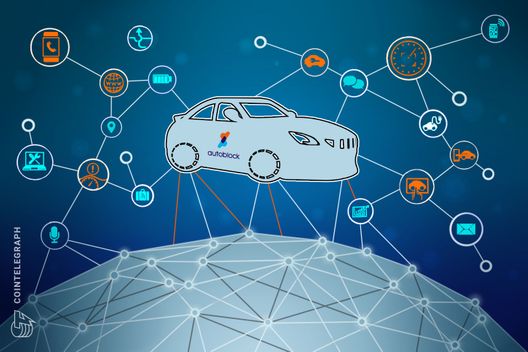 A U.K.-based blockchain startup has created a car retail platform with a tailor-made exchange. It allows users to buy cars with crypto and provides data on the vehicles’ history.

An automotive company based in London, United Kingdom, has developed a car-sales portal that is powered by blockchain technology. It features an exchange and marketplace that provides a detailed history of cars as well as data on trading and insurance risks associated with certain countries and cities.

According to the Auto Block white paper, there are more than 6,000 car dealers in the U.K. that are competing over the market share of retail sales. A Q2 2018 report released by The Society of Motor Manufacturers & Traders (SMMT) shows a decline in purchases of used cars since 2017, and new car purchases are also trending down.

Auto Block believes that this is caused by several issues. Sellers have to cater their long-term strategy to that of the manufacturers and importers. Furthermore, Auto Block argues that larger companies, such as Autotrader and eBay, are maintaining a monopoly on the market, pushing prices down and smaller car retailers into the corner.

Auto Block hopes to achieve a new market force, where car dealers can access the global cryptocurrency market with minimal effort and cost through a decentralized marketplace — with free listings, free advertising and low transaction costs.

Auto Block proposes a two-step solution: Firstly, cryptocurrency will be utilized for a point-of-sale (POS) system and a tailor-made exchange for car dealers specifically, allowing them to accept any currency — fiat or crypto — with reduced interest rates and versatile cash-out options.

Through desktop, POS devices or mobile apps that can accept multi-currency payments, Auto Block hopes to create an easy-to-access market for international buyers and introduce opportunities for new and existing retailers to access the growing market.

To further facilitate this, Auto Block will be launching its own cryptocurrency named AutoCoin, which aims to become the industry-standard crypto. According to the company, using their native crypto comes with a string of benefits for users, from security and fraud prevention, to international payments with “immediate settlement,” among many others.

The second part of their solution is a new blockchain car-sales platform Autcoincars.com, advertising cars free of charge to crypto users. According to the company, this will be the first dedicated portal for buying and selling new and used cars with crypto, which gives the buyer the choice of thousands of vehicles in one place.

The marketplace’s algorithms are using blockchain to assign attributes to used vehicles and to create a large database of vehicle specifications, such as the age of a car, mileage, major repairs and past insurance claims. It also provides metrics on the most profitable or high-risk locations with regard to buying and selling, insurance claims and so on.

A survey published Aug. 27, 2018, by Deloitte, one of the ‘Big Four’ auditors, suggested that blockchain is moving closer to its “breakout moment every day.” It also found that companies in the automotive industry were particularly on-board with the technology, with 57 percent of them answering that they are “aware” and “getting educated,” 31 percent “experimenting — creating proofs-of-concept” (PoC), and 12 percent in “production — deploying it in our business.”

A study from BIS Research released in August, 2018, estimated that the global automotive blockchain market will reach $1.6 billion by 2026; this “robust growth” is expected to be due to the many benefits of the technology, which include immutability, reliability and scalability, along with a variety of potential applications.