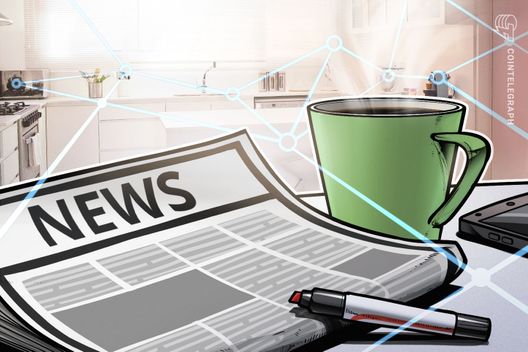 The CEO of decentralized browser Brave, Brendan Eich, has called on members of the U.S. Senate to consider GDPR-like regulations.

Brendan Eich, the CEO of decentralized browser Brave, has urged members of the U.S. senate to consider the General Data Protection Regulation (GDPR) as a regulatory model, according to a statement published Oct. 2.

In an open letter dated Sept. 29, Eich called on members of the U.S. Senate Committee on Commerce, Science, and Transportation, to look to the GDPR as a model for American data privacy regulations.

First proposed by the European Commission in 2012, the GDPR legal framework for personal data protection became effective in the European Union (E.U.) on May 25. Its objective is to create a uniform data regulation framework within Europe and to bolster individuals’ control over the storage and use of their personal information.

Eich asserts that the GDPR is “a great leveller,” which “establishes the conditions that can allow young, innovative companies like Brave to flourish.” He further explains:

“As regulators broaden their enforcement of the new rules in Europe, the GDPR’s principle of ‘purpose limitation’ will begin to prevent dominant platforms from using data that they have collected for one purpose […] to the benefit of other parts of their business in a way that currently disadvantages new entrants. In general, platform giants will need ‘opt-in’ consent for each purpose for which they want to use consumers’ data. This will create a breathing space for new entrants to emerge.”

The Brave CEO also questioned the economic benefit of behavioral tracking to publishers’ businesses. He asserted that a recent report extolling its economic value fundamentally misrepresented the situation when it combined Google and Facebook’s ad tech revenue with the reportedly much smaller amount that publishers receive from behavioral tracking.

Previously, Cointelegraph reported that many of the assumptions underpinning the GDPR are in conflict with blockchain’s core technology. The GDPR and blockchain are not compatible with respect to the GDPR’s requirement that individuals be given the ability to revise or delete their personal data, while blockchains generally cannot be changed once a block is created.

In September, Brave browser filed privacy complaints in Ireland and Britain against Google, stating that Google and the advertising technology industry practice “wide-scale and systematic breaches of the data protection regime” in the way they publish personalized online ads. Brave is reportedly trying to trigger provisions in the GDPR, which would require a E.U. investigation into Google’s data collection practices.