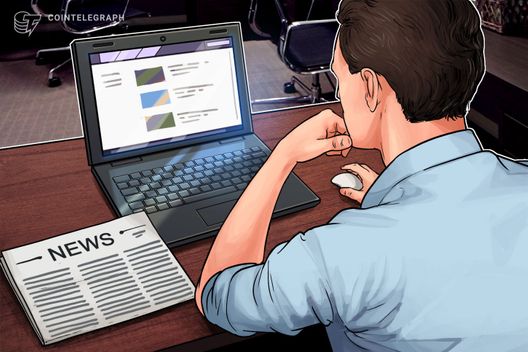 The CEO of the blockchain advisory unit of Swiss state-owned telecommunications company Swisscom has unexpectedly left the firm, according to a press release on Swisscom’s website, Jan. 30.

As major local news outlet Swissinfo reported the same day, news of Daniel Haudenschild’s reportedly sudden departure from Swisscom Blockchain came just a day before the executive accepted the position of president of the Crypto Valley Association. Speaking in comments to Swissinfo, Haudenschild said the two moves were unconnected.

The CEO declined to comment further on his decision to leave Swisscom, only mentioning that he would still remain a shareholder in Swisscom Blockchain. When asked about his future plans, Haudenschild declined to give details, telling Swissinfo:

“It is my fundamental belief that blockchain can fix things that are currently broken, such as financial inclusion and proof of provenance.”

Swisscom’s current CDO and head of digital business, Roger Wüthrich-Hasenböhler, is set to take over as acting CEO of the company’s blockchain unit, the press release reports.

According to Wüthrich-Hasenböhler, Haudenschild had played a key role in the establishment of Swisscom Blockchain in 2017, noting in the press release “he made blockchain-based solutions accessible to other companies.”

Haudenschild is not the only CEO in the blockchain industry to recently leave their post. Earlier this month, Cointelegraph reported that the CEO of blockchain media firm Po.et, Jarrod Dicker, had also stepped down from his position. Dicker left the firm to become vice president of commercial technology and development at the Washington Post, where he previously served as its vice president of innovation and commercial strategy.