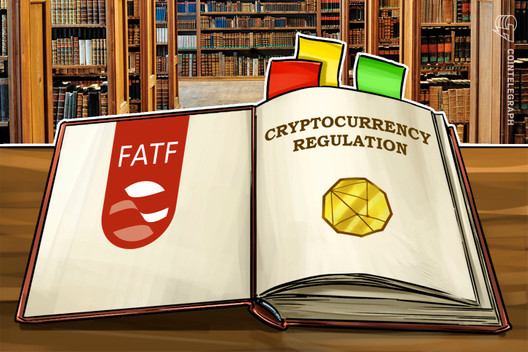 The FATF has required what the company calls “onerous” reporting and record-keeping of exchanges.

The letter, which Chainalysis sent to the FATF, criticizes the organization’s demands to make cryptocurrency exchanges identify and keep records of senders and recipients involved in cryptocurrency transactions.

These demands had surfaced at the end of February, with the FATF subsequently inviting public feedback on its literature.

According to Chainalysis, such requests would place exchanges, which the FATF calls “Virtual Asset Service Providers (VASPs),” in an almost impossible position.

Should exchanges shut down due to non-compliance, illicit activity would be driven underground to decentralized platforms, making fighting crime harder, not easier, for authorities, Chainalysis argues.

“There is no infrastructure to transmit information between VASPs today, and no one has the ability to change how virtual asset blockchains work,” the letter reads. It continues:

“Forcing onerous investment and friction onto regulated VASPs, who are critical allies to law enforcement, could reduce their prevalence, drive activity to decentralized and peer-to-peer exchanges, and lead to further de-risking by financial institutions. Such measures would decrease the transparency that is currently available to law enforcement.”

The FATF has meanwhile kept up pressure on governments on its list of countries making insufficient progress fighting issues such as money laundering and terrorist financing.

As Cointelegraph reported this month, Pakistan announced that it would implement cryptocurrency regulations in response to criticism that an unregulated landscape facilitates financial crime. Pakistan’s central bank banned cryptocurrency trading in April 2018.