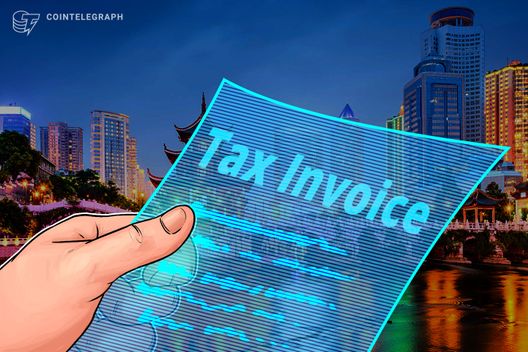 China’s most populated province is set to issue general-purpose electronic invoices for consumers based on blockchain technology.

Guangdong Province, one the most populated region in China, has opened the first blockchain electronic invoice service for customers and merchants, planning to extend their experience to the large-scale e-commerce field.

By using a blockchain-based electronic invoice platform, the taxation authority will reportedly improve the efficiency and transparency of the invoice services, the publication underlines. The news outlet then states:

“Blockchain technology has established a highly mutual trust data sharing mechanism among tax authorities, invoice service providers, taxpayers and other parties. This is a major reason for the tax authorities to take a new step in deepening the [technological] reform [by] the distribution services.”

As Cointelegraph wrote on Dec. 12, 2018, a major city in the Guangdong Province, Shenzhen, announced the successful use of blockchain technology for electronic tax invoices connected to the messaging app WeChat payment platform.

Back in November of last year, Guangdong Province’s capital and one of the first national economic development zones in China, Guangzhou, was selected as a headquarters for the newly established blockchain alliance. As Cointelegraph reported on Nov. 12, the alliance involved 54 different companies and covers blockchain technology in such areas as funds, finances and trading.