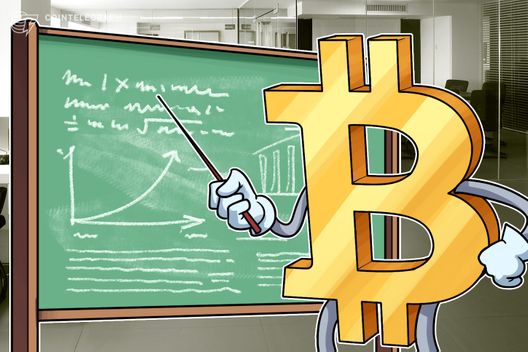 CNBC’s Cryptotrader host Ran Neuner says it is “too obvious” that Bitcoin “is about to explode” soon, evidently due to the SEC’s much-anticipated ETF decision.

Crypto analyst and host of CNBC’s show Cryptotrader Ran Neuner has claimed that the price of Bitcoin (BTC) is “about to explode” in a recent tweet October 7.

Neuner expressed his utmost confidence in an upcoming surge in Bitcoin’s price by noting “I just bought Bitcoin for my parents” in the same tweet. A notable rally would likely be tied to the U.S. Security and Exchange Commission’s (SEC) highly-anticipated upcoming decision on several Bitcoin Exchange-Traded Fund (ETF) applications, the trader claimed in another tweet posted the same day.

Explaining his optimistic prediction, the crypto analyst pointed to the fact that the leading cryptocurrency’s rally last year from “$6,691 (Nov 11) to $20,000 (Dec 17)” was, according to him, “on the back of the expectation and launch of a cash settlement BTC futures contract.”

Following confirmation from the U.S. Commodity Futures Trading Commission (CFTC) that the Chicago Board Options Exchange (CBOE) and the Chicago Mercantile Exchange (CME) were eligible to launch Bitcoin futures, CBOE was the first to launch Bitcoin futures on December 11, while CME launched soon after on December 17 – the day Bitcoin has hit its historic high of $20,000.

Pointing at Bitcoin futures, Neuner made a parallel with the SEC’s much-anticipated decision on the first Bitcoin ETFs to be approved by the regulator. The analyst claimed that a Bitcoin ETF is a “way bigger deal” than a cash settlement Bitcoin futures contract, since it “requires actual purchase of BTC.”

Many point to a Bitcoin ETF helping Bitcoin reach more mainstream investors, since they would not have to directly invest in the underlying asset, in this case the cryptocurrency. If listed on a regulated U.S. exchange, a Bitcoin ETF could potentially push Bitcoin toward broader recognition on Wall Street.

While the SEC have recently scheduled their deadline of November 5 for reviewing nine Bitcoin ETF applications from three different applicants, the actual effects of an approved Bitcoin ETF’s launch on crypto markets is up for debate.

In late July this year, the SEC rejected the application for a Bitcoin ETF from brothers Tyler and Cameron Winklevoss for the second time, following previous rejection in March 2017. Shortly after the rejection, SEC Commissioner Hester M. Peirce made a statement of official dissent from the agency’s disapproval of the Winklevoss fund appeal. Peirce suggested that the disapproval order will likely “inhibit” the institutionalization of the BTC market.