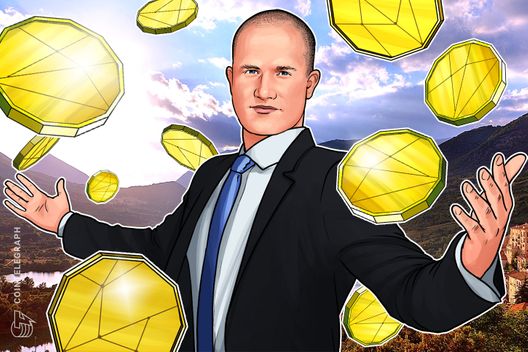 Armstrong ran the 45-minute AMA on Tuesday, answering selected questions submitted by the crypto community. Addressing the first question, on the potential for mass crypto adoption, Coinbase’s CEO said that a cryptocurrency can achieve mass adoption by improving scalability and usability, while reducing volatility.

As per volatility, if the crypto markets keep swinging dramatically, it will be hard to get more traditional investors involved, Armstrong said. Thus the industry needs more stable prices, achieved, for example, via stablecoins, and more use cases to attract people, he concluded.

Armstrong further added that there are currently up to ten teams working on scalability solutions, such as the Lightning Network, to improve the speed of crypto transactions. Thanks to the development of these solutions, cryptocurrencies might reach 500 to 5000 transactions per second and start working at Visa and PayPal volumes.

Usability also needs to be improved, Armstrong continued. He argued that currently there are too many steps a user needs to make in order to invest in cryptocurrencies. Armstrong suggested crypto investment for retail investors should work much easily, using popular Chinese app WeChat as an example of usability.

Armstrong also commented on recent skepticism towards Coinbase in the community, evidently referring to the most recent #DeleteCoinbase movement as an example. The campaign was launched in early March as a response to Coinbase’s acquisition of a firm run by former spyware developers.

Answering another question, the entrepreneur said he loves Bitcoin (BTC) and wants it to succeed. However, he regrets being too involved in promoting BTC at some point in 2013-2014, thinking that the coin could become a scalable payment network for everyone. “I totally underestimated how controversial this idea might become in BTC community,” he confessed.

As some accused him of adding the value to the coin, Armstrong finally changed his mind to being agnostic to all of the coins and crypto protocols and support them all. Coinbase decided to support everyone instead of picking the winners, he said.
As Cointelegraph previously reported, Armstrong has repeatedly acknowledged his affection towards BTC. For instance, in a series of tweets commemorating on the coin’s 10th birthday this year, Armstrong wrote that BTC was his “first love.”