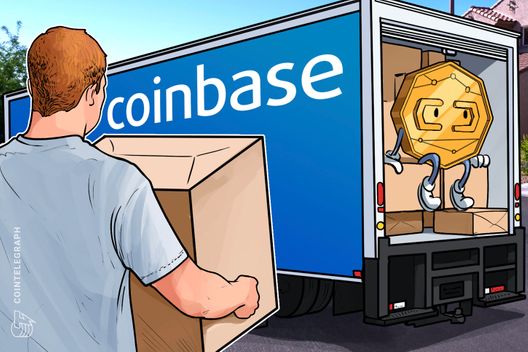 Coinbase Pro is adding support for Stellar Lumens token, which will be fully tradable after the platform establishes sufficient liquidity.

Per the post, Coinbase Pro will now accept deposits of XLM for around 12 hours before enabling full trading. Coinbase notes that after establishing sufficient supply of XLM, it will open trading pairs in U.S. dollars, euro and Bitcoin (BTC) in phases.

XLM trading will go through three stages before enabling full trading, including limit, market and stop orders. The stages involve “transfer-only,” “post-only,” and “limit-only.” The first two stages will allow users to transfer XLM to Coinbase Pro accounts and post limit orders, while the subsequent one will enable customers to match limit orders.

XLM trading will be initially available for customers in Coinbase’s supported jurisdictions, expect the state of New York. Coinbase may add additional jurisdictions at a later time.

Last month, Coinbase Pro added support for Ripple (XRP), that joined already listed Ethereum Classic (ETC), Basic Attention Token (BAT) and privacy oriented altcoin Zcash (ZEC). In the past, these tokens were added to Coinbase Pro, before support for them was eventually extended to Coinbase.com and its apps for Android and iOS.

The recent addition of XRP to Coinbase was long-awaited by the crypto community. The coin reacted promptly to the news about its listing on Coinbase Pro, turning out to be one of the biggest winners on that day.

However, a report by blockchain research firm Diar stated that XRP breaks one of Coinbase’s requirements to be listed on the platform. In its “Digital Asset Framework,” Coinbase stipulates that "the ownership stake [in a token] retained by the team is a minority stake," while, according to Diar, Ripple holds around 60 percent of the supply in escrow with a release schedule.

At press time, XLM has gained around 3.94 percent on the day and is trading around $0.108, according to data from CoinMarketCap.