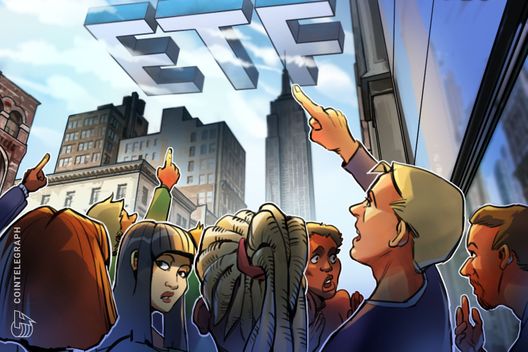 Coinsquare’s subsidiary Coin Capital has become the 30th ETF provider in Canada with the launch of two ETFs focused on tech and blockchain.

The ETFs trading started on Thursday, September 20, with a management fee of 0.64 per cent on the TSX, which is reportedly the 12th largest global stock exchange by market capitalization.

LDGR is a research-focused ETF that intends to provide investors with global equity securities of firms that invest in the development of blockchain technologies. The ETF is based on the recently launched iSTOXX Yewno Developed Markets Blockchain Index — an index that reflects a large volume of data to discover companies that focus on researching distributed ledger technology (DLT).

Lewis Bateman, chief executive of Coin Capital — which launched in July — claimed that the newly launched ETFs will allow investors to access “high-quality investments” in the industries of AI and blockchain “without deep domain expertise.”

Founded in 2014, the Toronto-based Coinsquare exchange is ranked 69th according to daily trading volume.