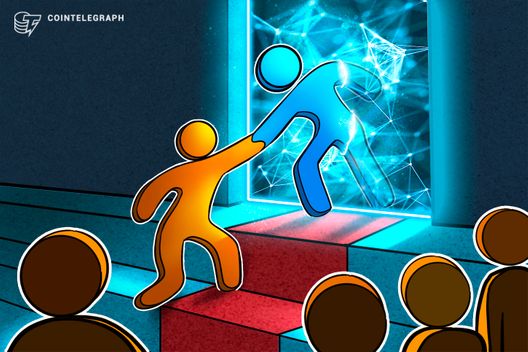 The former head of institutional products at Coinbase, Adam White, will be officially be joining Intercontinental Exchange’s (ICE) forthcoming Bakkt.

The news confirms unofficial reports that had already been circulating last week. As previously reported, Adam White was Coinbase’s fifth-ever employee, joining in 2013 when the founders “were still working out of a one-bedroom apartment and Bitcoin was trading around $200,” and staying with the firm for five years as it grew to its current popularity.

In tandem with today’s Medium announcement, the new COO has spoken with Fortune about his reasons for making the move, saying he believes that ICE’s new venture will be the catalyst for those institutional investors that have been “waiting on the sidelines” to enter the crypto space. He is quoted as saying that:

“In 2017, I saw a big shift. The interest in Bitcoin and other currencies started changing from retail to the institutional side. But the level of infrastructure of the existing trading sites often didn’t meet their expectations.”

White went on to tell Fortune that he believes traditional banking giants have been waiting for crypto trading security standards to reach the mark of more traditional markets such as equities or bonds, claiming “that’s why I joined Bakkt.”

Fortune’s interview also covered White’s perspective on this year’s protracted crypto bear market, arguing that what matters is an increase in daily transactions for cryptocurrencies year-to-year, as well as new protocols for open source software developers.

As previously reported, ICE — the operator of 23 leading global exchanges including the New York Stock Exchange (NYSE) — unveiled its plans to create Bakkt, a “seamless” global ecosystem for digital assets, this August.

Today’s official post notes that the firm is focusing “on mitigating risk while creating opportunities for institutions,” outlining several details of its proposed “conservative market design,” and emphasizing that “commingling, leverage and rehypothecation” will not be features of its offering.

One of Bakkt’s most anticipated offerings include plans to offer a one-day physically delivered Bitcoin (BTC) contract, subject to pending approval from US regulators.

In late August, the firm had already emphasized it would not be support margin trading for its BTC contract, as reaffirmed today.