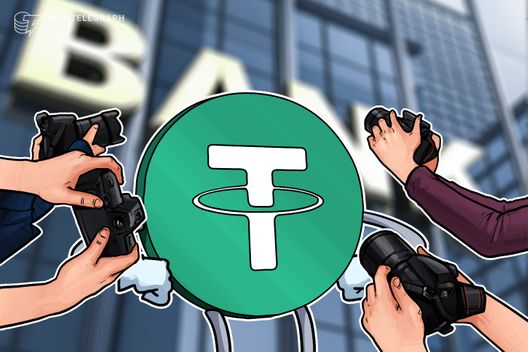 The issuer of cryptographic stablecoin Tether (USDT) announced it had found a new banking partner in a statement Nov. 1, confirming rumors it would use Bahamas-based Deltec Bank & Trust.

Tether, which had suffered from mixed publicity after allegations it had parted ways with previous financial institution Noble Bank, also noted in the statement that its full money supply was backed by US dollars.

“USDT in the market are fully backed by US dollars that are safely deposited in our bank accounts,” the statement reads.

Despite the deal being de facto common knowledge for several weeks, Tether explained Deltec agreed to bank it “after their due diligence review of our company.” The statement continues:

“This included, notably, an analysis of our compliance processes, policies and procedures; a full background check of the shareholders, ultimate beneficiaries and officers of our company; and assessments of our ability to maintain the USD-peg at any moment and our treasury management policies.”

USDT has broadly recovered from its recent volatility at press time, falling just short of its $1 peg today to trade around $0.998.

At the same time, the stablecoin industry has grown extremely rapidly in recent months, with a small swathe of competitor USD-backed coins gaining traction on major exchanges, including OKEx and Huobi, in October.