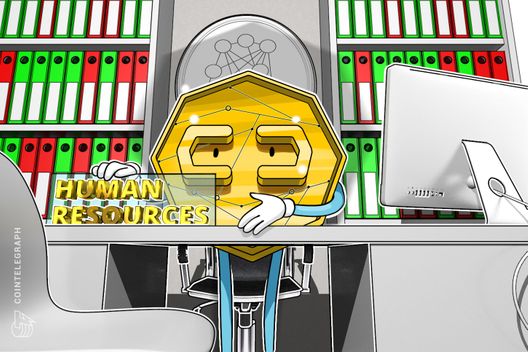 Crypto exchange ErisX has announced the appointment of three new executives from the finance and technology spheres, including veterans from Barclays, YouTube and CBOE.

Crypto exchange ErisX has appointed three veterans from Barclays, Youtube and the Chicago Board Options Exchange (CBOE) to fill executive roles at the company. The development was announced in a press release published Feb. 7.

As reported, ErisX is a reboot of traditional futures market Eris Exchange, and is expected to begin support for spot trading in major cryptos. The exchange will support spot trading in Bitcoin (BTC), Ethereum (ETH) and Litecoin (LTC), as well as futures contracts starting in the second half of 2019, pending United States regulators’ approval.

Connell joins ErisX from YouTube, where he reportedly worked as a creator of YouTubeTV. He is also a veteran of Google, where he worked 9 years in various roles. He will serve as head of infrastructure under Tony Acuña-Rohter, ErisX head of technology.

Denza, meanwhile, has experience in the fintech and exchange sector, recently working as head of U.S. Sales at Pico Quantitative Trading. Prior to that, he spent 10 years at BATS Global Markets/CBOE, rising to the role of director of U.S. Sales Equities and Derivatives. At ErisX, he will report to the company’s chief commercial office, Kelly Brown.

ErisX — which aims to establish a compliant exchange and clearing house for digital assets — has accordingly drawn talent from both traditional finance and crypto. Last month, the firm announced the appointment of ConsenSys’ Joseph Lubin to its board of directors. In December, veteran exchange founder Matt Trudeau joined ErisX as chief strategy officer.

That same month, ErisX raised $27.5 million from Fidelity Investments and Nasdaq Ventures following a prior investment from retail brokerage firm TD Ameritrade and others this October.

Fidelity, which administers over $7.2 trillion in client assets, notably announced its own bid to enter the crypto space with the launch of a new firm, Fidelity Digital Asset Services, in October.