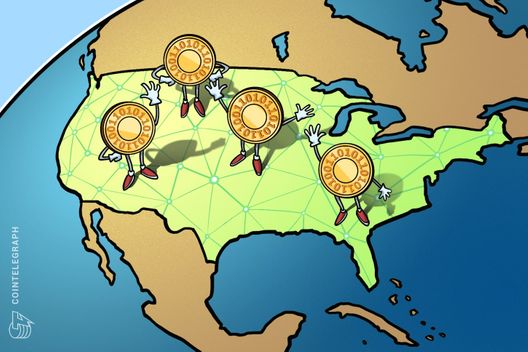 Digital currency exchange OKCoin has announced its expansion of token-to-token trading into twenty new U.S. states, according to a statement published September 12.

Jim Nguyen, Vice-President of Marketing at OKCoin, stated in the blog post that the exchange collaborated with regulators in each state in order to comply with both federal and state laws. OKCoin CEO Tim Buyn said:

“In order for the cryptocurrency market to reach its full potential, exchanges like OKCoin have to work with existing and new regulators for convertible virtual currency, digital goods, and/or securities.”

The announcement states that OKCoin has also applied for money transmittal licenses (MTL) for both token-to-token and fiat-to-token trading. Upon receiving the licenses, OKCoin plans to bring its trading platform to other states.

Meanwhile, the founder of OKCoin affiliate crypto exchange OKex Star Xu was allegedly detained in China in relation to suspected digital currency fraud on September 11. According to tech media ZeroHedge, a group of investors in WFEE Coin — a company of which Xu was reportedly a shareholder — complained to local police about allegedly fraudulent practices at the company.

However, in 24 hours Xu was released from police questioning, denying the allegations of fraud. When Cointelegraph reached out to OKEx, the company denied Xu had any equity involvement with WFEE. Andy Cheung, COO, said:

“Mr. Xu has no equity relationship with WFEE and its company. Though WFEE has acquired OKBC's [OK Blockchain Capital] and several other capitals' investment, the afterward changes of WFEE white paper and team members have not been given notice to OKBC.”