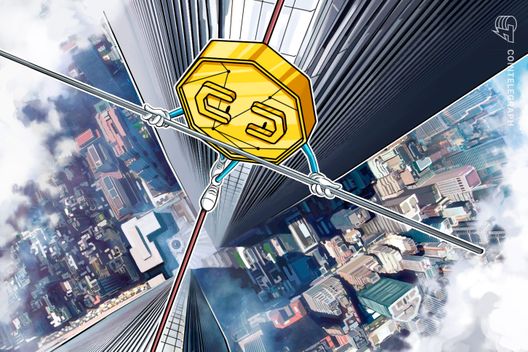 Crypto markets hold steady after the recent sell-off, most of the top 20 coins by market cap see slight growth, Bitcoin trading above $6,300.

Sunday, October 14: crypto markets keep their balance after the recent sell-off this week, with most of the 20 top coins by market cap slightly in the green. Fluctuations on the markets in both directions have for the most part been no more than 1 percent, as data from Coin360 shows. 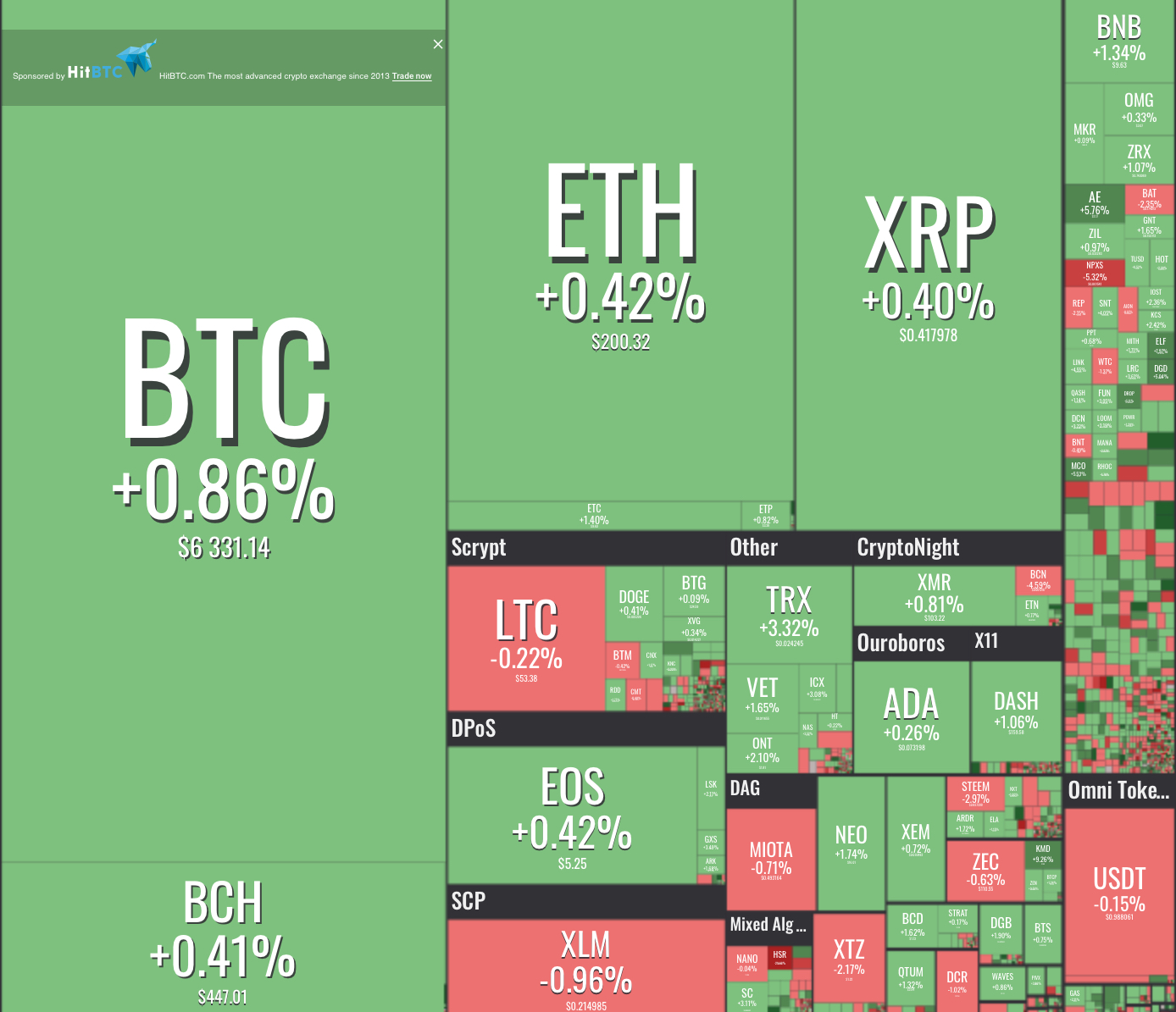 Bitcoin (BTC) has seen slight growth over the past 24 hours, having strengthened to above the $6,300 threshold. At press time, the major cryptocurrency is trading at $6,331, slightly down from its intraday high around $6,360, while recovering from its intraday low around $6,277. On the week, Bitcoin is down almost 4 percent from around $6,580. 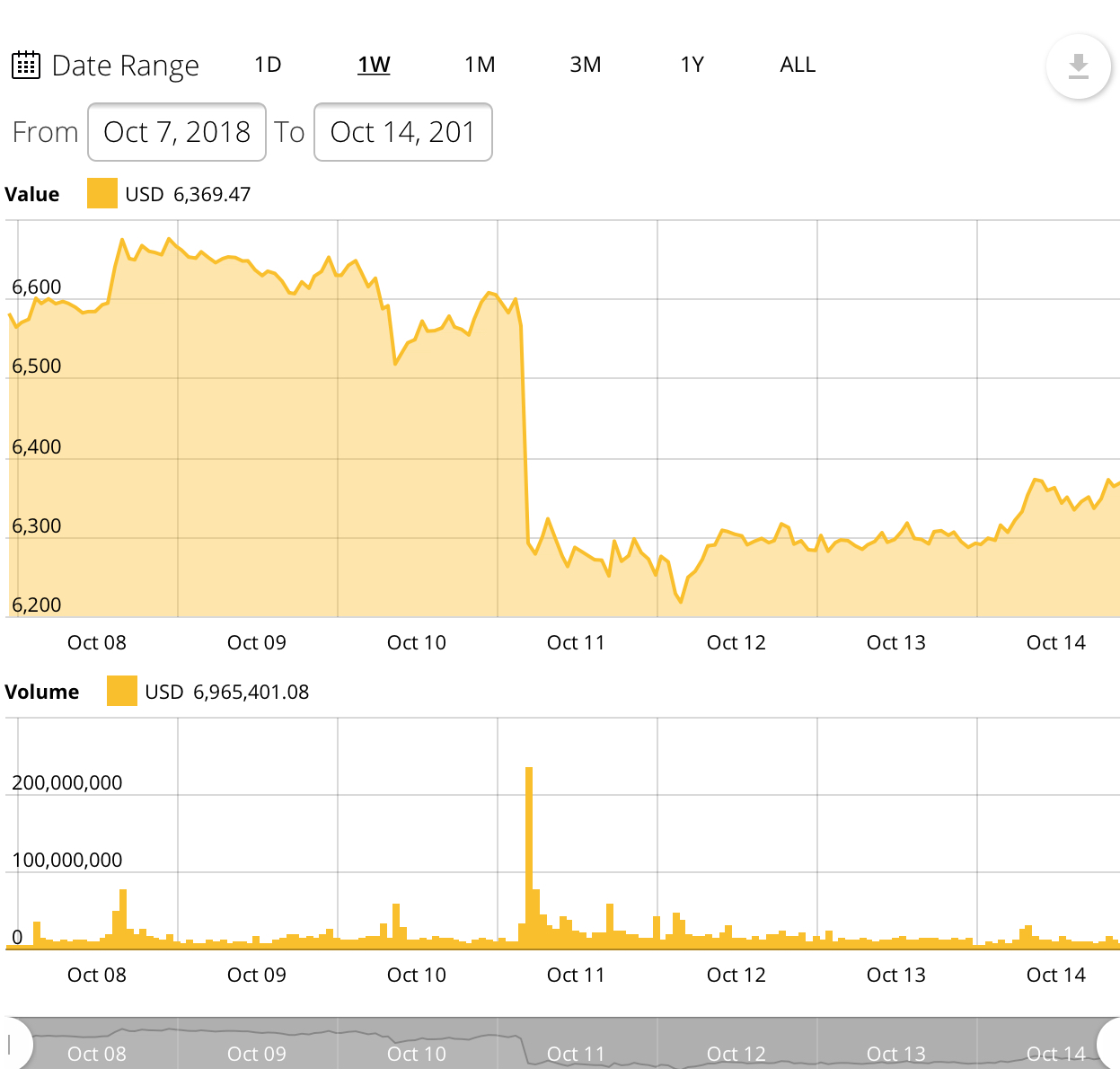 Ethereum (ETH) has also seen a slight rebound, up around half a percent over the past 24 hours to press time. The second cryptocurrency by market cap has been hovering just above the $200 price point in the second half of the day, and is trading at $202 at press time. In terms of weekly dynamics, Ethereum is down about 11 percent to press time. 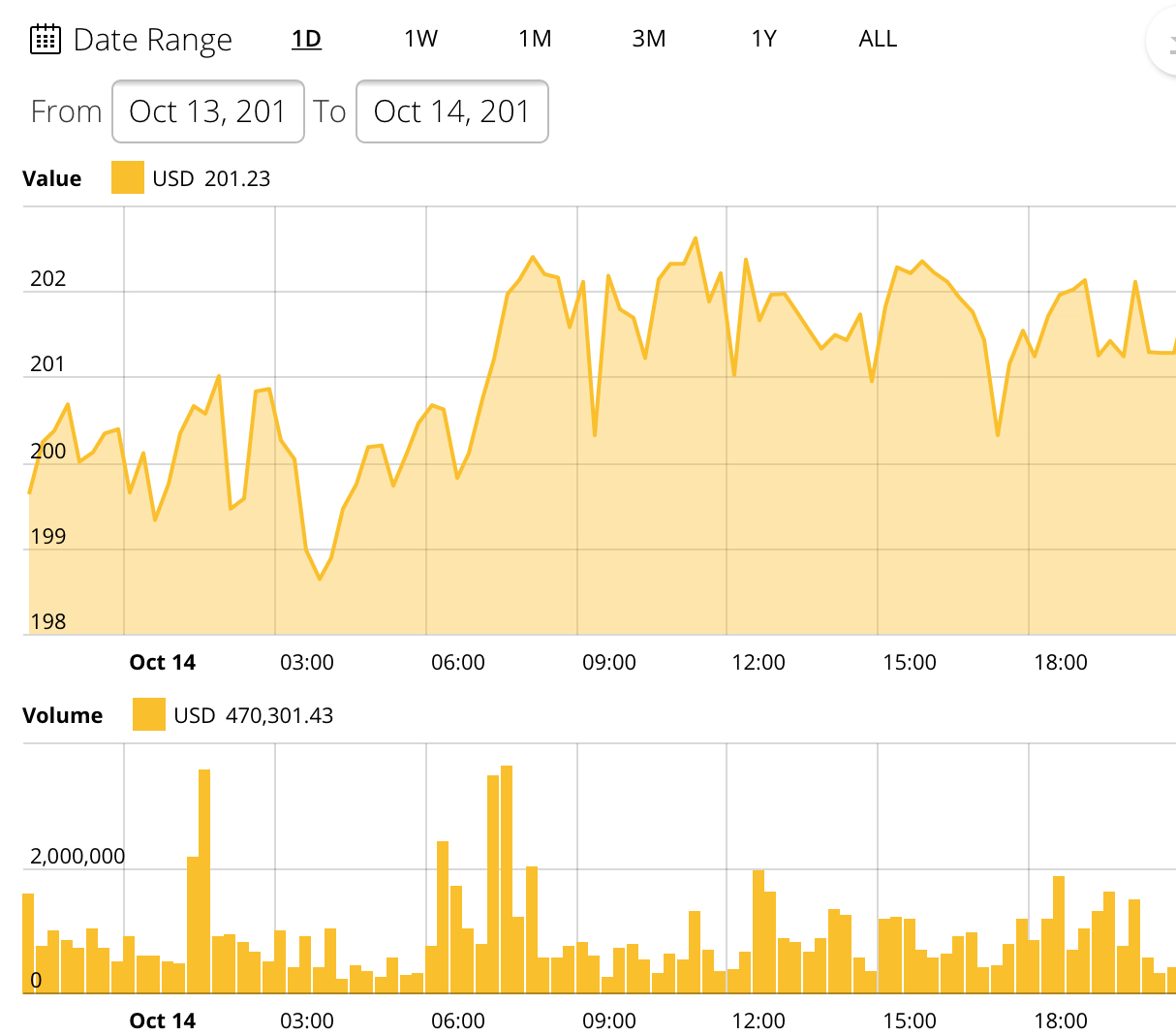 Total market capitalization of all cryptocurrencies is hovering around the $200 billion threshold, appearing to stabilize after the crypto markets’ recent decline. At press time, total market cap amounts to $202.8 billion, slightly down from $204 billion earlier today. 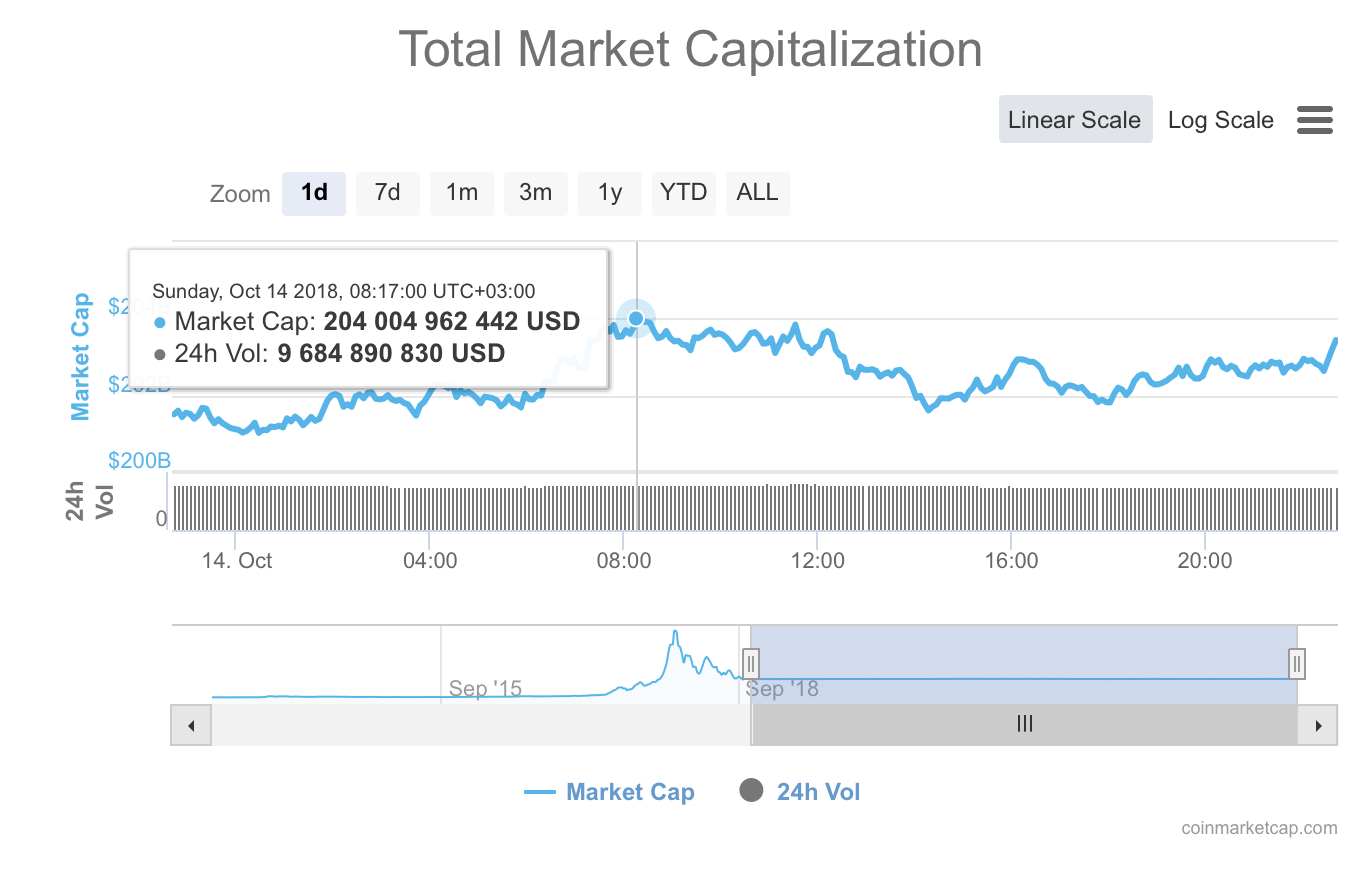 Among the top 20 cryptocurrencies by market cap, TRON (TRX), the eleventh largest, has seen the most notable change over the past 24 hours to press time, up a solid 3.66 percent.

TRON continues to see gains today following a recent cryptic announcement from its CEO of a partnership with an unnamed “industry giant” that is valued at “tens of billions of dollars.” Following the tweet an unconfirmed report was released claiming that TRON has partnered with China’s Internet giant Baidu.

Young has also participated in an ongoing Twitter battle recently between the crypto community and American economist Nouriel Roubini, who has been posting particularly audacious anti-crypto Tweets — most recently calling the whole idea of crypto “fascist at core.”