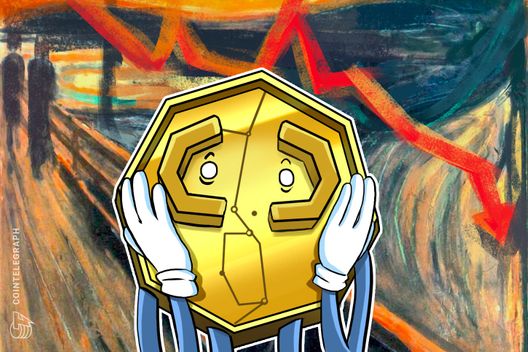 13 of the 20 top cryptocurrencies are in the red, with Bitcoin Cash and Ripple losing up to 4 percent over the day.

Wednesday, Nov. 8: most cryptocurrencies have seen a drop-off today, with the most visible losses seen by Bitcoin Cash (BCH) and Ripple (XRP), as data from Coin360 shows. As of press time, the markers are seeing mixed signals, mostly staying in the red. 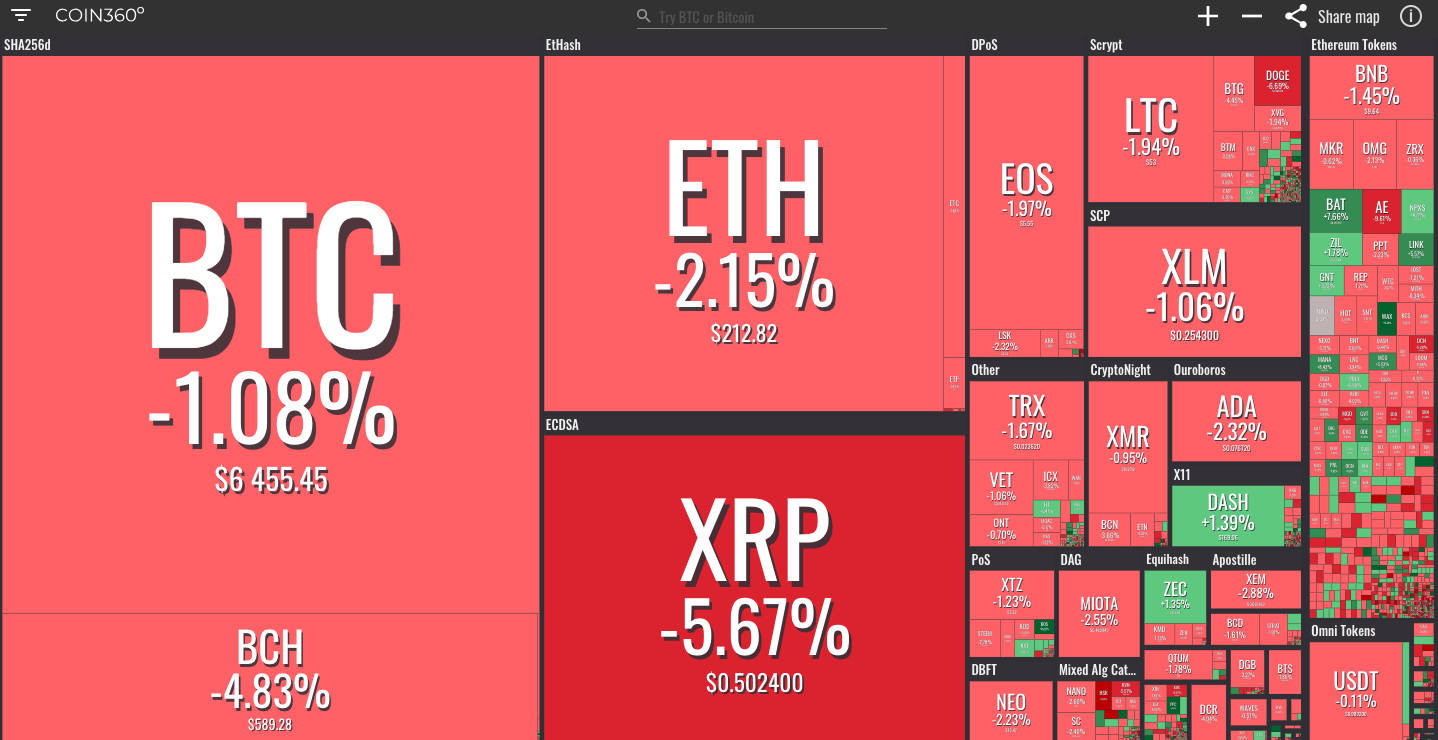 While in the beginning of the week Bitcoin (BTC) was mostly in the green, up almost to 2 percent on the day Monday, Nov. 5, today the major coin is hovering around zero, mostly staying in the red and trading around $6,450 as of press time.

Ethereum (ETH) is also about 2 percent down on the day, being traded slightly over $213 as of press time. The coin is seeing some stability after it has regained its second spot, bypassing Ripple (XRP) by market capitalization.

Ripple (XRP), in its turn, is currently trading at $0.50, dropping as much as 5.6 percent over the day as of press time. As per its weekly charts, the currency has seen its peak on Tuesday, Nov. 6, when the coin temporarily overtook Ethereum as the second largest altcoin.

Total market capitalization of all cryptocurrencies is around $215 billion at the press-time, falling from $219 billion over the last 24 hours. According to daily trading volume, it has also dropped in comparison to yesterday, Nov. 7, hovering around $13.5 billion as of press time.

18 of the 20 major cryptocurrencies are in the red, with Bitcoin Cash (BCH), Ripple (XRP) and NEM (XEM) seeing the biggest drops in last 24 hours according to CoinMarketCap. BCH has lost a distinctive 4.8 percent after almost a week-long growth following its upcoming hard fork, which is backed by major crypto exchange Binance. As of press time, the coin was traded at around $589.

Dash (DASH) is the only crypto to see a slight growth among top 20 coins, up to 1 percent on the day and trading at around $167 as of press time.

Meanwhile, today, Nov. 8, two countries in Asia have called for clearer crypto regulation. The Deputy Prime Minister of Thailand, Wissanu Krea-ngam, urged to lawmakers to amend the existing legal framework for crypto — set in May 2018 — to meet the development of the technology, warning about possible dangers for consumers. In the meantime, South Korea’s lawyers have lobbied the local government to speed up its work and expedite a legal framework for cryptocurrencies as well.

The Canadian actor, most known for his role of captain James T. Kirk in Star Trek, posted a thumbs-up emoji tagging Buterin for his 2.5 million followers. Shatner was then drawn into a debate over the ETH network’s decentralization, showing familiarity with ERC standards in his rebuttal to “crypto troll[s].”