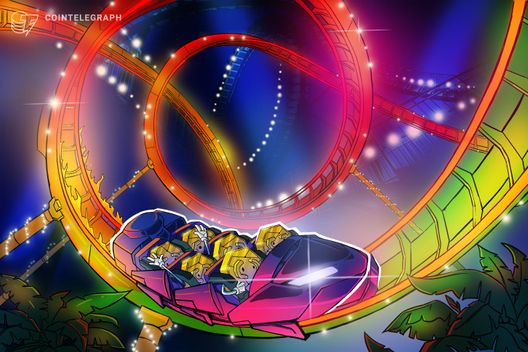 After briefly touching the $4,000 threshold twice over the past 24 hours, Bitcoin (BTC) is slightly down at press time. Trading at $3,971, the largest cryptocurrency has lost just 0.44 percent over the day, but still is 9.3 percent up over the past 7 days, according to CoinMarketCap.

Ethereum (ETH), the second cryptocurrency by market cap, is down 1 percent and trading at $146.85 at press time. However, the top altcoin is still seeing some of the largest gains over the past week, growing around 20 percent.

Ripple (XRP), the third top cryptocurrency by market cap, has tumbled 2.6 percent today, seeing the biggest losses over the day among top 20 coins. XRP is trading at $0.328, but is still up around 8 percent over the past 7 days.

Amidst the Binance’s launch of the testnet of its new decentralized exchange, Binance DEX, today, Binance Coin (BNB) has seen a significant growth, reaching $11.3 per coin. Binance Coin is seeing the largest growth among top 20 coins by market cap today, having jumped around 6 percent, rising into the ranks of the top ten coins. According to Binance’s CEO, Binance DEX is expected to help users regain control of their private keys, as Cointelegraph reported.

The fourth top cryptocurrency Eos (EOS) is seeing the most weekly growth among top 20 coins, up around 33 percent over the 7-day period, according to CoinMarketCap.

Total market capitalization of all cryptocurrencies reached $136 billion today before and falling back down to $134 billion at press time. Daily trade volumes have dropped to around $30 billion from yesterday’s high of $36 billion.

Recently, United States regulator the Securities and Exchange Commission (SEC) announced it will shortly start the countdown period to approve or disapprove a rule change request for the VanEck/SolidX Bitcoin exchange-traded fund (ETF).

A new report published today analyzed 40 crypto and stablecoin projects and found that the asset type will play a key role in the mainstream adoption of crypto technologies.

In traditional markets, United States stocks are slightly in the green on Wednesday, with market participants monitoring the latest round of trade negotiations between the U.S. and China. According to CNBC, the Dow Jones Industrial Average is up 37 points at the open, while the S&P 500 and Nasdaq are also seeing modest growth today.

Meanwhile, chemical element palladium has today briefly surpassed its all time high of $1,500 due to tight supplies. At the same time, gold hit a top 10-month peak on anticipation of a U.S.-China truce, as investors hope to see clarity on the U.S. monetary policy.

In contrast, oil prices fell on Wednesday as the U.S. government claimed that shale output would rise to a record next month. At press time, Brent Crude is down just 0.15 percent, while WTI Crude and Canadian Crude Index are also both recovering, up under half a percent, according to oilprice.com.