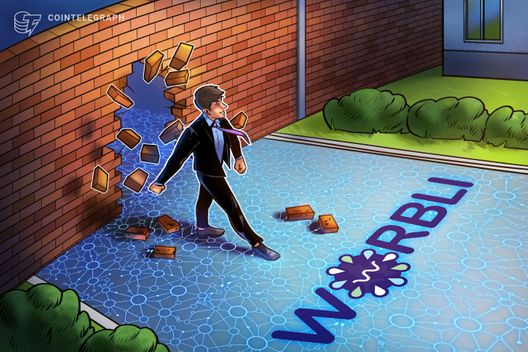 A new financial blockchain network is offering low-cost, high-speed transactions — and gives users the ability to recover accounts and have these accounts insured.

A startup which bills itself as “blockchain’s financial district” has launched its network — and says its debut heralds “the beginning of true financial freedom.”

WORBLI enables businesses and individuals to enjoy “seamless access to financial services,” and paves the way for developers to build their own applications on its network. Its ecosystem uses EOSIO software, with the startup’s team saying this unlocks a series of benefits. Firstly, users benefit from fast and feeless transactions, allowing applications on the network to operate without bottlenecks and delays — and they also have the ability to amend nefarious transactions and recover accounts, should they need to.

The company ardently believes that blockchain is the future, and will transform the financial services industry beyond all recognition. It says cloud computing, storage, security, inequality of incomes, financial inclusion, accounting, contracts, supply chain logistics, voting and social networks all stand to be revolutionized. Its founders strike an upbeat tone by saying that WORBLI will be at “the forefront of product innovation” in these sectors and more.

Overall, its network is designed to reduce the amount of friction that cryptocurrency users and blockchain developers experience, dramatically increase the scale and reach of this technology, and develop exciting products “only possible as a result of blockchain.”

The company is seeding and launching a fiat and digital currency bank known as Gamma that will provide traditional banking products for crypto customers and everyday users. WORBLI says this platform is “designed to eliminate the barriers of entry into the digital currency and technology market for the average user.”

Through WORBLI, users are only going to need a single account when they are storing, buying and trading blockchain assets. Security is also a priority — with the company vowing that their individual accounts and wallets will be insured against losses due to hacking.

It is also hoped that stringent Anti-Money Laundering (AML) and Know Your Customer (KYC) checks when a WORBLI network user account is created will reduce the burden on companies who are trying to stay compliant.

WORBLI is the first sister chain of EOS which is going to deliver a full suite of financial services and decentralized applications (DApps) to the crypto world. Describing the startup’s mainnet, Domenic Thomas, the company’s CEO, told Cointelegraph, “We have been in continuous communication with the EOS community, making strategic partnerships all over the world, and it’s clear that a solution like WORBLI is a much [welcomed] and essential addition as a sister chain to EOS.”

Several inaugural DApps are already in the pipeline at WORBLI, and these are expected to launch shortly after the network has gone live — including a charity payments application, insurance and risk transfer products, innovative exchanges, remittance, payroll services and custodian wallets.

Over time, WORBLI plans to integrate with an array of crypto wallets as well as a number of payment gateways, enabling customers to buy WBI tokens in a broader range of currencies. The company is not expecting to trade on exchanges until later in 2018. Work is under way to establish relationships with United States governance bodies — including the Internal Revenue Service (IRS), the U.S. Federal Reserve, and the Securities and Exchange Commission (SEC).

A minimum viable product for Gamma is also being produced this year, paving the way for it to undergo development and rigorous testing from 2019 onward. With global marketing set to have a significant emphasis for the business’s activities next year, it is hoped that Gamma will subsequently be in a strong position for launching in the global markets — including Africa, Latin America, Australia and Europe.

Next year, the emphasis is going to remain on recruiting and retaining top talent to help drive WORBLI forward, including a “world-class executive team” to develop Gamma and its other applications further.