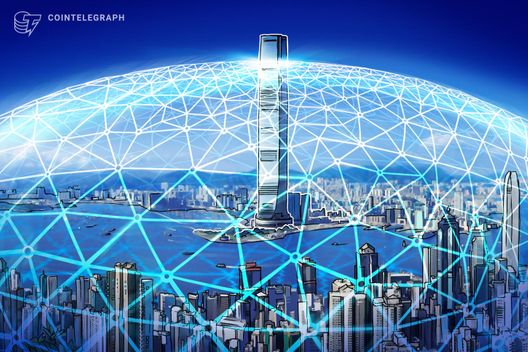 BitMEX was founded in 2014 and sees almost $1.8 billion in daily traded volume, making it one of the world’s largest crypto exchanges. The exchange is not, however, included in CoinMarketCap’s exchange rankings, as it is “a [Bitcoin-only] derivatives market NOT actually spot trading Bitcoin [BTC].” BitMEX works as a “peer-to-peer trading platform that offers leveraged contracts that are bought and sold in Bitcoin,” according to its official website.

As the SCMP reports, BitMEX has appointed Angelina Kwan to become its COO with immediate effect.

Kwan is reportedly a certified public accountant and served as managing director and head of regulatory compliance for Hong Kong Exchanges and Clearing (HKEX) for almost three years prior to accepting the BitMEX post. Earlier, she was reportedly a covered enforcement and market supervision as part of her role as director of Hong Kong’s Securities and Futures Commission.

Kwan has also reportedly worked at domestic brokerage firms including Reorient and CLSA. BitMEX CEO Arthur Hayes has said that her “vast experience in regulation, trading platforms, business development, restructuring, and investor and stakeholder relations will be pivotal” in pushing for mainstream crypto adoption. Kwan, for her part, told SCMP in an interview that:

“I hope my previous experience will help in establishing a constructive dialogue with the various regulatory authorities around the world over the development of regulation in the cryptocurrency industry.”

Kwan reportedly added that she believes an absence of robust regulation creates a “lack of confidence” among investors who might otherwise trade on crypto exchanges; as the SCMP notes, BitMEX is wholly owned and operated by Seychelles-based HDR Global Trading, where regulatory guidelines are deemed to be clearer.

The new COO drew parallels with the U.S. regulatory context, noting that proactive regulators have given the green light to crypto futures trading on leading platforms CME Group and CBOE. “This shows that a regulatory authority can help to develop a new industry,” she reportedly said.

The SCMP further draws attention to Kwan’s role as a government-appointed member of the Women’s Commission. She is quoted as saying that crypto “present[s] an exciting new opportunity for women to get involved in the intersection of finance and technology, two fields in which they are chronically under-represented.”

As previously reported, while gender inequality remains a fact of the crypto sphere, research published this June suggested that the number of women considering an investment in crypto more than doubled in the first six months of 2018, from 6 to 13 percent.