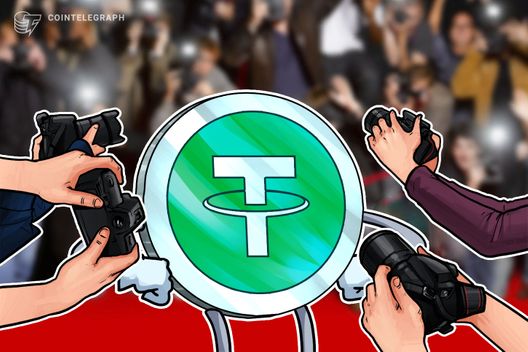 A rephased description of the stablecoin’s backing appears to suggest it is not entirely backed by USD, undoing previous assurances.

Developers behind stablecoin Tether (USDT) have drawn scrutiny today, March 14, after social media users noticed they had removed previous claims that the altcoin was fully backed by United States dollars.

Tether, which has faced various publicity hurdles over the transparency of its holdings, had de facto guaranteed that each of its USDT tokens had an equivalent 1 USD in the bank.

Intended as the opposite to fractional reserve banking, as Cointelegraph reported in December last year, documents had further confirmed the validity of Tether’s backing claims.

Now, however, a new update, date unknown, to its website suggests USD holdings no longer cover the full supply of USDT.

“Every tether is always 100% backed by our reserves, which include traditional currency and cash equivalents and, from time to time, may include other assets and receivables from loans made by Tether to third parties, which may include affiliated entities,” it now reads [emphasis added by Cointelegraph].

One such affiliated entity is cryptocurrency exchange Bitfinex, which shares leadership with the stablecoin.

On Reddit, commentators immediately took issue with backing by anything other than USD, which they suggested compromises the entire coin’s legitimacy.

“I guess we're back to trusting 3rd parties, running fractional reserves, to run the market,” user u/Toyake, who uploaded the topic, summarized.

Tether had not issued official comment on the allegations at press time.

Earlier this month, officials reached an agreement with blockchain network TRON to use USDT as a native token on the platform by the end of Q2 2019.