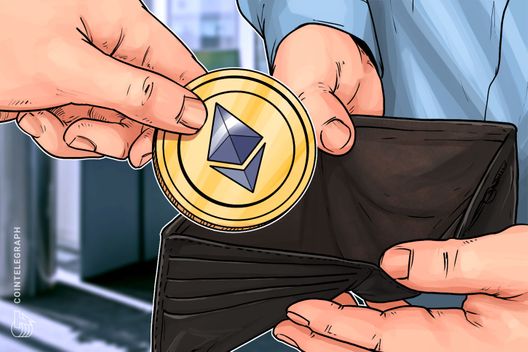 Users will now be able to receive, hold, sell and buy ETH directly from the Abra wallet, as well as use the altcoin as an on-ramp to invest in other Abra-listed crypto and fiat currencies — over 30 crypto assets and 50 fiat currencies.

These include Abra’s recently-listed BIT10 Index token, which tracks the ten largest cryptocurrencies by market capitalization.

As the Abra blog post outlines, up until now, Abra had only supported Ethereum as a so-called “synthetic asset” — an investment mechanism that creates crypto-collateralized contracts so that users could gain exposure to the altcoin’s price movements, but not hold the coin itself.

Abra CEO Bill Barhydt has given a short statement, noting that Ethereum support “sets the stage for Abra to launch native ERC-20 support, in particular a whole bunch of [ERC20-based] stablecoins, that we’re excited about.”

As reported, Barhydt has recently said that even as the Abra wallet service gains traction as an investment platform, the company — as many crypto firms, he suggested —— is yet to conquer the sphere of crypto-enabled consumer cross-border payments and remittance services at scale.

Last month, Barhydt said he believes that private — or permissioned — blockchain networks will eventually “fail miserably,” comparing them with the now-defunct concept of the private extranet from the 1990s, which similarly restricted access to an authorized set of users.