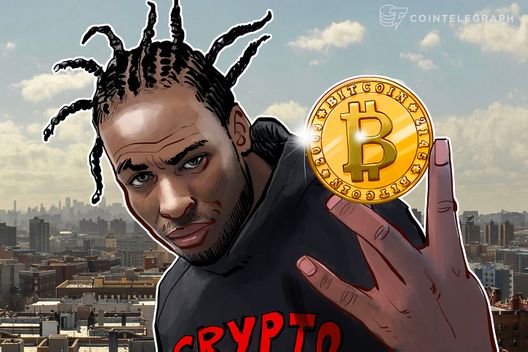 The estate of the now-deceased rapper Ol’ Dirty Bastard is planning to launch its O.D.B. Coin in December.

Originally announced in March and named Dirty Coin, the project — now known as the O.D.B. Coin — plans to use the proceeds from sales of the altcoin to fund various fan engagement projects. Cointelegraph reported at the time of the initial announcement that the issuance will be in partnership with Link Media Partners, a music A&R firm, and will be launched on the TAO network blockchain platform.

“It’s designed to be an institution that respects the investments of our clients,” Vents quotes AltMarket CEO Bryce Weiner as saying.

Ol’ Dirty Bastard was one of the founding members of the Wu Tang Clan rap group, which became famous for its debut album “Enter the Wang-Tu (36 Chambers)” in 1993. O.D.B. passed away in 2004 at the age of 35 of a reported drug overdose.

The move continues the occasional and sometimes curious trend of music stars’ engagement with the ICO phenomenon and cryptocurrency industry more widely.

As Cointelegraph reported, rapper Curtis “50 Cent” Jackson pledged his belief in the technology, claiming he had accrued millions of dollars in Bitcoin (BTC) from a sales stunt several years ago before revealing he had never owned the funds.

In September of last year, record producer DJ Khaled publicized his ownership of crypto debit card, the Titanium Centra Card, on Instagram. DJ Khaled has since removed the post, and the founders of Centra have been charged with securities fraud by the U.S. Department of Justice (DOJ).

The formerly Dirty Coin project, now O.D.B. Coin, should not be confused with another altcoin of the same name from the pornography industry, which allegedly completed its ICO in December 2017.