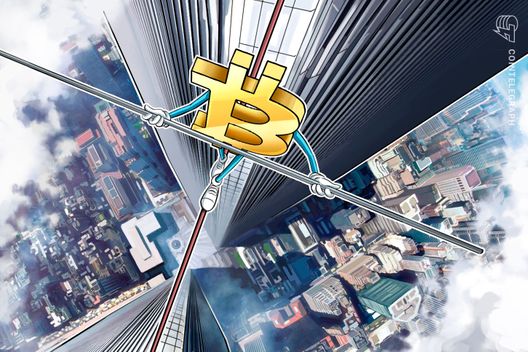 The research cites estimates from de Vries’ website, according to which Bitcoin consumed anywhere from 40 terawatt hours (TWh) to 62.3 TWh throughout 2018. According to the paper, this is on par with the energy consumption of countries like Hungary (40.3 TWH) and Switzerland (62.1 TWh).

De Vries quotes research published in 2014 that estimates that the energy consumption of the entire finance sector could be as high as 650 TWh of energy per year. Still, de Vries points out that this includes data centers, bank branches and ATMs. Bitcoin’s energy consumption estimate only considers mining and not Bitcoin ATMs and trusted third parties such as exchanges, wallet providers and payment service providers.

According to the cited data, the world’s data centers consumed about 194 TWh in 2014, and they are expected to increase by about 3 percent (to 200 TWh) by 2020. Bitcoin mining facilities purportedly use at least 20 percent (40 TWh) of this capacity.

The research concludes that Bitcoin’s large energy costs and externalities like the rapid replacement of mining hardware, mean that renewable energy is insufficient in addressing Bitcoin’s energy problem.

Instead, de Vries suggests that alternatives to Bitcoin’s energy-hungry Proof of Work (PoW) mechanism like Proof of Stake (PoS) can prevent “both extreme energy use as well as the incentive to develop specialized (singular purpose) [ASIC] hardware.”

In December 2018, Ethereum (ETH) co-founder Vitalik Buterin claimed that future blockchains with sharding based on PoS will be “thousands of times more efficient.”

In May 2018, Alex de Vries published an article called “Bitcoin’s Growing Energy Problem,” in which he claimed that Bitcoin’s network would use half a percent of the world’s energy by the end of that year.