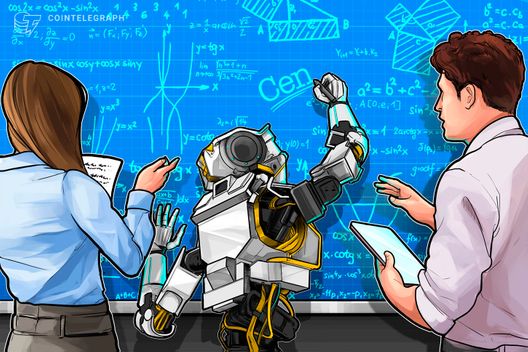 AI is riddled with mistakes, but a new platform believes human contributions could help this technology become more accurate and useful.

Artificial intelligence (AI) is advancing by leaps and bounds, with exciting new applications launching every day.

But a blockchain-based startup believes the transition from an “information economy” to an “intelligence economy” will prove a bumpy ride for many people. Large corporations have built most of the common AI systems that many people use today. CEN says this centralization has the danger of monopolizing AI – leaving most of us out of the loop.

According to CEN, this is not the only problem. Right now, AI systems make basic errors that human common sense can avoid. These systems need intensive training if they are to enhance our world – much like children need to learn how to walk, talk, and think for themselves.

In part, these mistakes happen because of the way AI systems are built. CEN says many of these platforms rely on the automated scraping of websites, or manual entries by in-house teams – and it’s safe to say the latter is a daunting task given the vast amounts of human knowledge out there.

Acknowledging these issues, CEN says it has found the solution: using the power of community to teach AIs. The startup wants to emulate the success that has been seen in other internet-based projects, where thousands of people have come together to benefit society as a whole.

“It’s rather like the way Wikipedia won out over Encyclopedia Britannica,” the team said. “The power of the community to fill in the long tail of knowledge will always win.”

CEN is developing a project that uses blockchain technology to monitor the work of editors – who are known on the platform as “minders.” Knowledge contributed to the platform is tagged to the person who delivered it, meaning they can provide updates over time or be contacted for advice in the future.

The minders remain available to monitor the AI as it answers questions and can step in to provide real-time corrections and oversee complex tasks. In this way, minders – which can be anyone with expertise – can contribute their knowledge to a collective AI and still maintain a degree of ownership and control.

CEN aims to monetize its service through an “intelligence” marketplace and is recruiting minders to curate the knowledge available through its platform.

The startup believes the economics underpinning the intelligence economy will not be too dissimilar from that seen in the information economy. Currently, you get answers to simple questions for free, via ad-funded services and then pay when you need expert help or buy a product.

“The big difference between today's information economy and the coming intelligence economy, is the power we are going to hand to AIs. On the Internet, you get many answers and can sift them for yourself. With an AI it is likely to give you one or two options – just like an assistant would today. Making sure those answers are ‘fair advice’ is going to be an important feature of AIs in the future.”

Opening the market for AI

The startup has created the Basic Intelligence Token (known as BIT for short.) Its network will include a mechanism where the human contributions, made to an AI-driven knowledge base, are tracked and recorded by this token.

Those who contribute to the platform’s knowledge base are going to be rewarded in BIT and they may receive further compensation when their works are consumed by other users.

According to CEN’s white paper, they will also be paid whenever they perform administrative tasks such as reviewing the contributions that have been made by others or completing maintenance checks.

When it comes to spending BITs, options include subscribing to premium services such as educational modules or getting specialist advice.

CEN wants its AI infrastructure to benefit the business community – whether this is in the form of a talking head greeting customers to a company’s website, handling sales inquiries, or troubleshooting problems, or even directing calls as a digital receptionist does.

One of CEN’s targets for offering help will be advice for small businesses. The company told Cointelegraph; "It's a complex area which is where we are targeting CEN, but it doesn't have the regulatory issues you might encounter with medical and legal advice."

CEN has created several demonstration systems which illustrate the power of a hybrid between AI and human intelligence and they hope to launch the network in the spring of 2019. CEN Inc is currently running a crowdsale on StartEngine.com.