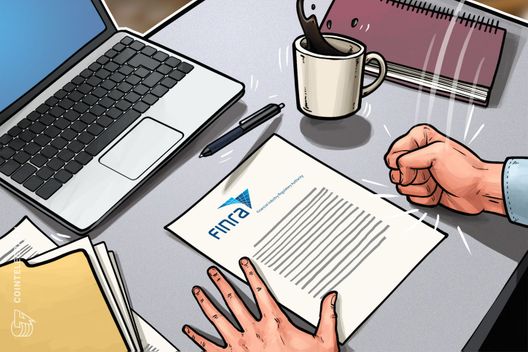 FINRA has charged Timothy Ayre with securities fraud and the illegal distribution of HempCoin, which he failed to register.

The U.S. Financial Industry Regulatory Authority (FINRA) has filed a complaint against Timothy Tilton Ayre, charging him with securities fraud and the illegal distribution of an unregistered cryptocurrency, according to a statement released on FINRA’s website Tuesday, September 11.

In the complaint, FINRA, overseen by the U.S. Securities and Exchange Commission (SEC), states that Massachusetts-based Ayre tried to lure investment to his public company, Rocky Mountain Ayre, Inc. (RMTN), by selling HempCoin, which he misrepresented as “the first minable coin backed by marketable securities.” The regulator writes that Ayre’s claims are “fraudulent, positive statements about RMTN’s business and finances.”

Furthermore, Ayre stated that HempCoin is a security backed by RMTN common stock, telling investors that each coin was equivalent to 0.10 shares. As a result, more than than 81 million HempCoin securities were mined in late 2017 and sold on crypto exchanges. As Ayre never attempted to register the coin, FINRA has decided to charge the RMTN head with the unlawful distribution of an unregistered security,

In addition to the above, from January 2013 through October 2016, Ayre reportedly made false statements about the nature of RTMN’s business and the creation and “unlawful distribution” of HempCoin, as well as making misleading claims in RMTN’s financial statements.

FINRA, which has started a formal proceeding against RMTN by filing a complaint, reminds the public in the statement that anyone named in a complaint can file a response and request a hearing. If FINRA admits there were violations, the firm or individual might get a fine, censure, suspension, or be barred from the securities industry.

FINRA’s statement comes the same day as its ruling organization SEC has issued two separate cease-and-desist orders along with fines.

As Cointelegraph wrote September 11, the SEC filed a cease-and-desist against Timothy Enneking and his Crypto Asset Management fund, which “misrepresented” itself as the "first regulated crypto asset fund in the United States.” The SEC’s second notice addresses “ICO superstore” TokenLot, which the U.S. watchdog alleges has also breached the law by failing to register in the country.