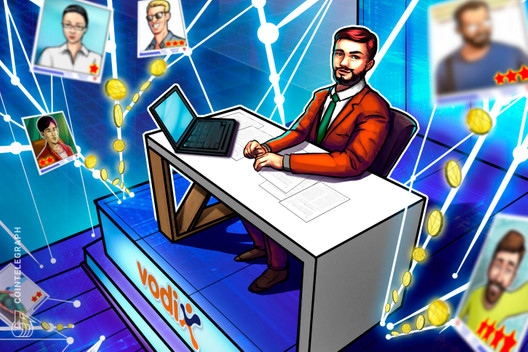 An established fintech platform with millions of users is creating a marketplace in which workers can be paid fairly in crypto for completing microtasks.

An established mobile fintech platform with more than 5 million users across 200 countries is launching a decentralized ecommerce ecosystem designed to help anyone with a smartphone make a living, thereby democratizing wealth distribution.

Vodi X is the partner company of Vodi, a company that offers its customers the ability to instantly top up prepaid mobile plans worldwide, to buy or send digital gift cards from over hundreds of brands, as well as to make international calls, texts and conduct video conferences.

The team says they are seeking to overhaul the microwork industry — and ensure that the millions of people who engage in such activities can find work easily and be compensated fairly for their efforts.

Vodi X believes there is a growing appetite in the business world for people who can complete these tasks, and its white paper explains: “Microtasks are defined as small tasks that require human judgment, can be completed by humans independently over the internet, and are part of a larger unified project. These microworkers require basic numeracy and literacy skills — for example, image tagging, text transcription and data entry.”

Despite heightened interest in microwork’s potential, Vodi X says there are a number of issues that remain for workers and companies alike.

Many of those who seek such tasks are unbanked — i.e., those who lack access to or simply do not use a bank account — meaning that it can be difficult for them to get paid. As a result, they often have to go through intermediary financial institutions that charge large fees, which eats into their income. Workers are also susceptible to being treated unfairly, with Vodi X claiming that other platforms have been allowing clients to pay just $0.01 for a three-minute task to be completed.

Meanwhile, there are challenges for those who are hiring microworkers. Vodi X says the unsupervised nature of microtasks can mean that human errors are inevitable, but companies can often find it inefficient and expensive to fix these mistakes, as well as tracking down experienced talent who are likelier to fulfill their job’s requirements.

Vodi X plans to use a blockchain-based decentralized currency — Vodi X Tokens (VDX) — to ensure that workers can get paid faster, all while encountering lower transaction fees. Microtasking on its platform will also be split into four distinct tiers based on difficulty — ranging from simple tasks, such as watching videos and filling out observational surveys, to more complicated ones like contributing to Reddit threads or drafting emails.

Each tier comes with a minimum price, helping to reduce the chances of workers being exploited. And, in an attempt to help companies and microtaskers find each other, a reputation system is being built in which each party can provide feedback at the conclusion of a successful project.

A shot at financial freedom

Vodi X believes that millions of jobs could be created through its technology, potentially allowing workers to earn an extra few hundred dollars a month. Once workers have been paid in VDX, they will be able to securely make cross-border money transfers with lower fees than what is currently offered by major remuneration services. In time, the company says that microtaskers will also be able to spend their hard-earned funds on a suite of DApps within the ecosystem — ranging from games and health to commerce and education — or to purchase gift cards that can be used at their favorite retailers.

Throughout 2019, the company is planning to complete the development of its microtasking app — paving the way for the full Vodi X ecosystem to launch in the middle of 2020. Once the platform has made its debut, the company says it is going to collaborate with online shopping partners so that microtaskers can use their VDX tokens to purchase a broader range of goods and services from around the world.