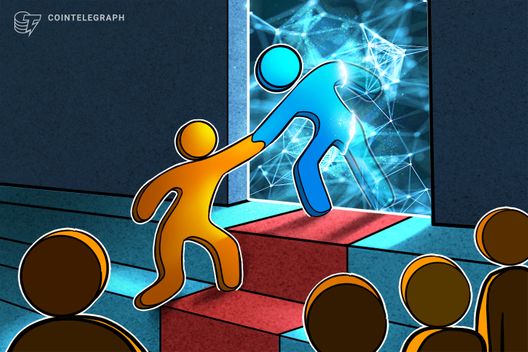 Fintech startup SoFi — known for its online lending services — is partnering with major United States-based crypto exchange Coinbase to roll out crypto trading support, according to a CNBC report Feb. 26.

Sofi, which is headquartered in San Francisco, will reportedly launch its crypto services by the second quarter of 2019. Sofi CEO Anthony Noto — who was formerly Twitter’s chief operating officer and also a managing director at Goldman Sachs — told CNBC:

“Our target audience wants to see what the price of cryptocurrency is, and to buy it. They have a desire to do that and in many cases they already are.”

Buying, selling and price monitoring of cryptocurrencies is to be launched under the aegis of SoFi Invest — a new investment product that went live earlier this month. While not disclosing which cryptocurrencies are to be listed, Noto proposed that the notorious volatility of the digital assets and protracted crypto winter may in fact be considered an advantage by some. It’s a “two-sided coin,” he reportedly suggested, noting “some people may see it as an opportunity.”

In addition to crypto services, SoFi — which launched with an initial focus on student-loan financing back in 2011 — is reportedly also introducing an Annual Percentage Yield account for user deposits. It has also reportedly filed for two exchange-traded-funds, a credit card, and an initial public offering (IPO) in the longer term.

This January, Robinhood — a popular stock trading app that ventured into crypto trading in February 2018 — sealed a BitLicense to operate in New York state from local regulators.