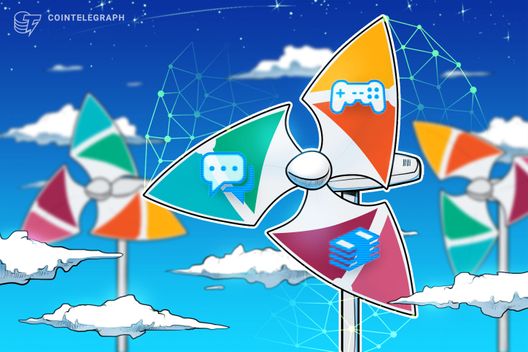 A startup is aiming to woo social networks, gaming companies, payment providers and other businesses through a blockchain platform that benefits them and their customers.

A startup is aiming to attract social networks, gaming companies and mobile payment providers through a “full-service platform” that eliminates the headaches associated with using blockchain technology to reach customers.

Aerum says its offering is geared towards entrepreneurs and businesses that create DApps (decentralized apps) based on the Ethereum protocol. According to the company, its infrastructure tackles the high transaction costs, lack of scalability and long processing times which have made blockchain an impractical choice for many firms – hampering its progress to become a mainstream force in the global economy.

Through its platform, Aerum claims it can offer transactions that are free for customers and cleared in as little as five seconds. Anywhere between 500 and 100,000 transactions per second can be processed through its protocol, helping to alleviate the growing pains that many young businesses face when they experience an increase in demand. For users, “feature-rich” mobile and web wallets are going to be made available.

Over time, it has the ambition of becoming the number one platform based on Ethereum, with its lite paper stating: “Aerum’s goal is not competing with Ethereum but supplementing it as a high-performance smart contract protocol with decentralized governance.”

The company says that another major barrier to entry into crypto is constantly overlooked: expertise. Aerum warns it is unlikely that businesses or consumers will ever fully embrace the opportunities that blockchain brings unless the infrastructure is simplified, as well as the technical hurdles that it takes to get a project off the ground. Describing its motivation, its team add: “There’s a lack of complete plug and play solutions that lets anyone join without investing heavily into research.”

Aerum argues there are several boxes that a blockchain platform needs to tick if it is going to have any chance of effectively challenging current payment processing companies: reliability when it comes to network availability, inexpensive rates for merchants, a practical governance model and an easy way to transfer value to and from the world’s biggest cryptocurrencies.

It says its platform is 100 percent compatible with Ethereum, the Solidity programming language and DApps, and boasts large blocks which are capable of handling complex smart contracts with ease. “Easy, intuitive token transfers” between Aerum’s native token (XRM) and Ethereum are achieved through “powerful cross-chain atomic swaps” which take place directly in a user’s wallet.

Aerum’s offering is open source and will be available for free use under an MIT license. While new releases for maintenance would take place once a month, new features would be unveiled every three months.

In a blog post, Aerum revealed that it was recognized as one of the top three ICOs during a privately held event featuring a total of nine participants at the Blockchain Solutions World Congress in Barcelona.

When it comes to the particular industries that stand to benefit from its solution, Aerum says fintech firms offering peer-to-peer (P2P) payment, insurance and remittance services – along with lending – could receive a boost from its technology as their sectors continue to grow. Betting platforms and prediction markets are also listed as benefactors, as are social networks, gaming and eSports brands.

“The P2P economy has always been around, but with such a dramatic increase in capability and efficiency that blockchain provides, we can expect to see a significant reconfiguration in the economy as we know it,” Aerum’s white paper adds.

Following the conclusion of its whitelisting round, a crowdsale will commence in Jan 2019. XRM tokens will then be listed on exchanges in Feb 2019, with its mainnet launching in the same month. A working prototype of Aerum’s network was delivered in August, and this is going to be used to establish a beta version of its mainnet in December.