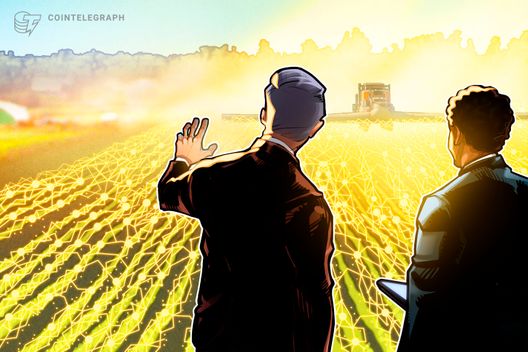 French President Emmanuel Macron has advocated the use of blockchain to innovate supply chain management in the EU agriculture industry.

French President Emmanuel Macron has advocated the use of blockchain to innovate supply chain management in the European agriculture industry. The president made his remarks during the 56th International Agriculture Fair in Paris on Saturday, Togolese agriculture news site Agridigitale reported on Feb. 23.

Macron called for unity among European nations to counter competition from global markets in China, Russia and the United States, underscoring the importance of the EU’s Common Agricultural Policy (CAP) in this regard.

He identified three broad strategies to advance the continent’s agricultural industry and maintain a competitive edge, affirming that “no farmer or consumer wants to be subjected to the diktat of non-European countries.” Among these strategies was a call for innovation using vanguard technologies such as blockchain, with Macron saying:

“Let’s do this in Europe, the avant-garde of agricultural technology, by developing tools that will track every product from raw material production to packaging and processing. The innovation is there and it must be used in the agricultural world, it must be fully used because it is at the service of shared excellence and it will serve the consumer.”

Blockchain can bring transparency to agricultural production and distribution to assuage mounting consumer concerns about products’ provenance and sustainability, he added.

Alongside a discussion of ecological policies under the CAP, Macron also focused on opportunities for shared development in Africa, calling for France to “export its know-how” and foster the strength of emerging markets.

As reported, Macron — a former telecoms executive — has supported digital innovation as a tool to reform French administration and boost the national economy since his early days in office. In 2017, the president pledged to transform France into a startup nation — a sentiment followed through by the country’s Minister for Economy and Finance, Bruno Le Maire, who has said that France is ready for a blockchain revolution.

As blockchain gains increasing traction globally for rehauling agriculture — across management, financing and supply chain integrity — a report issued in fall 2018 forecast that blockchain in the agriculture market would be worth over $400 million by 2023.

This month, the Chinese government issued a new framework to promote the use of blockchain in the agriculture finance sector.