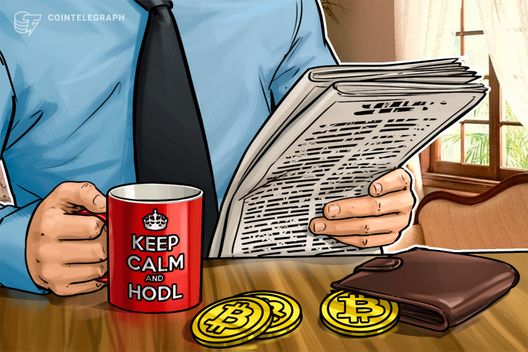 Tom Lee’s survey: 54% of institutional investors vs 44% of respondents on Twitter agree that Bitcoin has hit the price bottom.

Institutions appear to be more bullish on Bitcoin (BTC) than the members of the crypto community on Twitter, according to a recent survey by Fundstrat Global Advisors. Tom Lee, managing partner and head of research for the company, has revealed this in an interview with CNBC Oct. 4.

Based on the results of a private survey of 25 institutions, as well as 9,500 responses to a public Twitter poll conducted September 30, Tom Lee concluded that Wall Street is calling a bottom in Bitcoin.

As much as 54 percent of respondents to the survey of institutions are optimistic about the cryptocurrency, saying that Bitcoin has already hit its lowest price point this year.

Institutional players are also bullish in regards to the potential future growth of Bitcoin. 57 percent of those surveyed have said that Bitcoin’s price is going to reach anywhere from $15,000 to “the moon” by the end of 2019.

In contrast, the crypto community on Twitter appears to be less optimistic about Bitcoin. 66 percent of respondents to Tom Lee’s Twitter poll have said that Bitcoin can still drop lower than it is right now. Only 40 percent have agreed that Bitcoin is likely to reach $15,000 by year end 2019.

On Oct. 1, Bloomberg reported that institutional investors have replaced high-profile retail investors as the biggest players in cryptocurrency trading, when it comes to transactions worth over $100,000. Traditional investors, such as hedge funds, are reportedly becoming more involved in the crypto markets via over-the-counter deals.

Lee, who appears to be sticking to his earlier forecast that Bitcoin will trade between $22,000 and $25,000 by the end of 2018, has recently made another optimistic prediction – this time, about a major altcoin Ethereum (ETH). Talking to Bloomberg, Lee has said that Ethereum is about to see a “trend reversal and rally strongly,” up to $1,900 per coin by the end of 2018.

Conversely, CEO of crypto investment firm Galaxy Digital Capital Management Mike Novogratz has yesterday rescinded his earlier prediction that Bitcoin will reach $45,000 by Nov. 2018. Now, the billionaire investor does not expect Bitcoin to even break the $9,000 threshold in 2018.