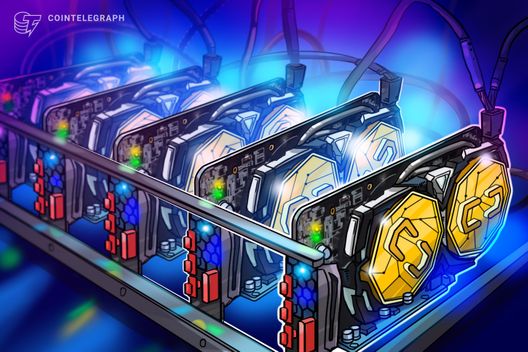 TSMC expects growth of demand for the high-end servicing of premium smartphones, but forecasts “continued weakness” in crypto mining demand.

TSMC, the world’s largest independent semiconductor foundry, forecasts “modest” revenue growth in the fourth quarter, mainly due to solid sales of high-end chips for premium smartphones. According to Reuters, TSMC is expecting Q4 revenue to increase to somewhere between $9.35 billion and $9.45 billion, as compared to $9.21 billion a year ago.

However, the expected growth will be allegedly offset by the low sales of cryptocurrency mining equipment.

While TSMC’s chief financial officer Lora Ho revealed that the company is forecasting a “continued steep ramp” of demand for TSMC’s 7 nanometre for a number of “high-end smartphones,” the CFO pointed at the “continued weakness” in crypto mining demand — as well as inventory management by clients — as potential reasons for a “[partial] offset” of the company’s revenues.

TSMC has clarified that while servicing revenues for premium phones will continue to grow, the middle-class smartphone market will drop this year. Tech giant Apple, which is reportedly the “most important customer” of the TSMC, is set to be a key contributor to the company’s revenue growth in the last quarter of 2018, with the release of its new iPhone models.

Earlier this year, TSMC had decreased estimates several times on its revenues due to a low demand for high-end smartphones and cryptocurrency mining.

In April, the company lowered their revenue estimates based in part on an uncertainty in demand for crypto mining. And in July, TSMC again predicted a decline of the annual revenue and capital expenditure estimates, citing the preference of miners for lower-powered chips over TSMC’s higher-powered chips due to the crypto price volatility and stricter regulations in the industry this year.

Recently, Cointelegraph reported on major crypto mining hardware suppliers such as Bitmain, Canaan, and Ebang being potentially threatened by U.S. sanctions on Chinese goods. The report comes in the wake of industry reclassification and a stricter tariff regime by the the office of the United States Trade Representative (USTR).