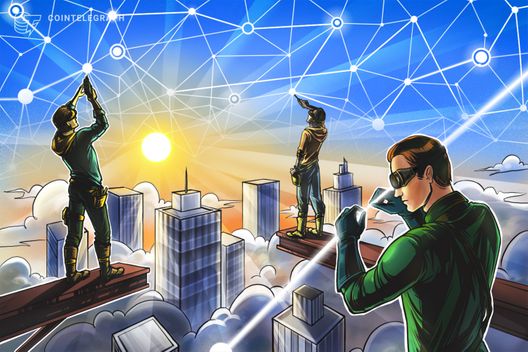 The development software of enterprise-oriented cryptocurrency Ontology has been added to the Google Cloud platform.

The development software of corporate-oriented cryptocurrency Ontology (ONT) has been added to the Google Cloud Platform Marketplace, a Medium post from Ontology revealed on Feb. 23.

According to the announcement, this addition makes the project “one of the first public blockchains to have a development platform on the leading cloud provider marketplaces.” This statement is referring to the fact that Ontology is also available on could marketplaces Amazon Web Services and Microsoft Azure as of December 2018.

Launched by OnChain — the Chinese company also behind the 17th largest cryptocurrency by market cap Neo (NEO) — Ontology is a public blockchain that aims to ease the use of the emerging technology for companies. The project’s white paper explains the platform as follows:

Following a surge in price this weekend, ONT briefly entered the ranks of the top 20 coins by market cap today, before dropping to 21st place by press time.

In November, news broke that the Japanese arm of computer giant Microsoft has partnered with nascent blockchain startup LayerX to “accelerate” uptake of the technology via Microsoft Azure’s BaaS solution.