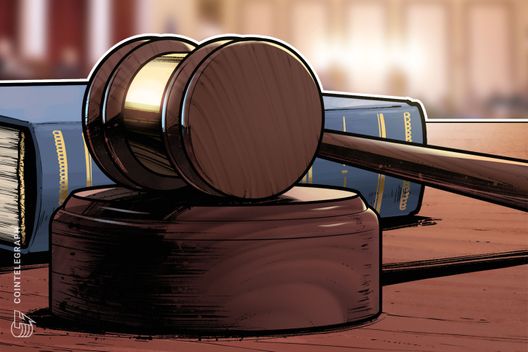 The lawyer representing the alleged former operator of BTC-e, Alexander Vinnik, has accused the Greek Supreme Court of “grossly violating” his rights.

39-year old Russian national Vinnik, a.k.a “Mr. Bitcoin,” was indicted by U.S. authorities and detained in Greece on July 25, 2017 on criminal charges of fraud and laundering up to $4 billion in Bitcoin (BTC) via BTC-e.

Russia and France have since both sought the defendant’s extradition in regard to a further series of fraud allegations. When a Thessaloniki court ruled in support of Vinnik’s extradition to France this summer, he appealed against the decision at the Supreme Court.

As TASS reports, Vinnik’s lawyer Zoya Constantopoulous has this week accused the Supreme Court of failing to provide translations of court documents at her client’s request, in what she has argued is “a violation” of his rights:

"As of November 17, [Vinnick] did not receive an official translation of the documents of the French extradition request […] these documents were not translated into Russian, they have no seals or signatures.”

The lawyer further accused the Greek judiciary of discrimination on political/national grounds, claiming that the court would not have similarly treated “any Greek or EU citizen."

Vinnik’s legal representatives reportedly consider that his extradition to France will result in his further extradition to the U.S. Russia’s Ministry of Foreign Affairs issued a comment this July accusing the Greek authorities of “continu[ing] to complicate relations with Russia,” and requesting that Russia’s extradition request be given priority over that of France.

TASS states that a decision over the conflicting extradition requests will likely be settled by the Greek Ministry of Justice, or the country’s leadership.

Following the closure of BTC-e in July 2017, the U.S. has been seeking a penalty of $110 million from BTC-e and another $12 million from Vinnik for his alleged role in the exchange’s anti-money-laundering (AML ) violations.

As he continues to publicly defend his innocence and rebuff that he was ever an operator of BTC-e, Vinnik has further been prompted to deny involvement in the 2011 Mt. Gox hack in response to crypto security experts’ claims he had a direct relationship to the incident.

A New York Times report this fall indicated that BTC-e is suspected of handling funds used by a Russian military intelligence unit, which U.S. investigators have accused of hacking Democrats’ emails ahead of the 2016 presidential elections.