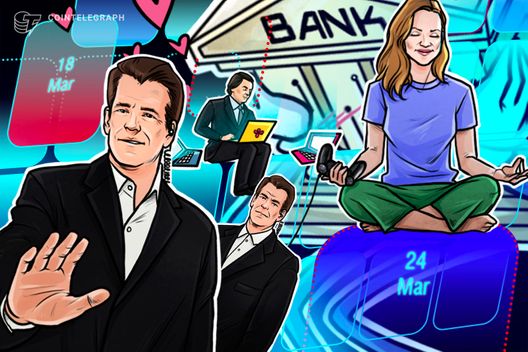 The QuadrigaCX story gets stranger as the criminal past of one founder is allegedly revealed, while IBM gets more into blockchain.

This week, six international banks signed letters of intent to issue their own stablecoins — which will be backed by their national fiat currencies — on IBM’s now-live blockchain-powered payments network, “World Wire.” According to the joint announcement by IBM and Stellar, the World Wire has gone live with over 44 banks on its service, supporting 47 currencies in 72 countries. The IBM project was launched with Stellar in September 2018, and plans to expand the blockchain-powered settlement network to further assets. The first six banks publicly signed on include Brazil’s Banco Bradesco, South Korea’s Bank Busan and the Philippines’ Rizal Commercial Banking Corporation.

Twitter and Square CEO Jack Dorsey tweeted this week that United States-based payment platform Square is hiring cryptocurrency engineers with the option of getting a salary in digital currency. According to Dorsey, the open, remote positions will involve full-time work on open source contributions to both the Bitcoin (BTC) and cryptocurrency ecosystem, as opposed to working on Square’s commercial interests. In another tweet, Dorsey noted that the idea of paying employees in crypto is part of the overall aim of improving the broader crypto ecosystem. 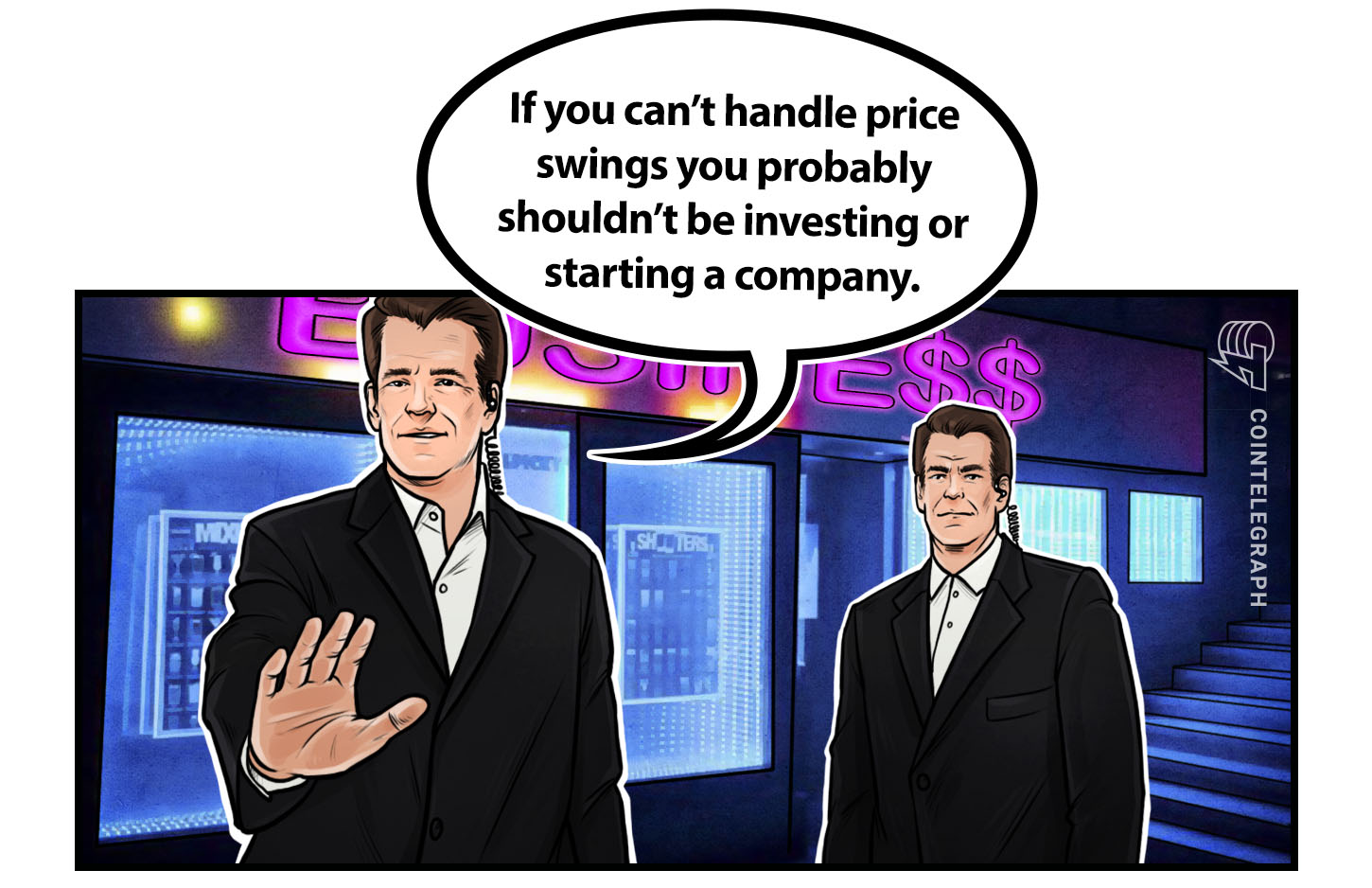 American payment services firm Visa is advertising for a crypto and blockchain-related job opening at its Palo Alto office. The job at Visa Fintech, which is titled Technical Product Manager, requires an employee that will be responsible for managing Visa’s product strategy execution in the cryptocurrency sphere, making the roadmap for the firm’s crypto-related opportunities. The job listing notes that a candidate must have knowledge of the crypto industry and its main players, an understanding of distributed ledger technology, and familiarity with the current retail payment solutions.

According to a report from Bloomberg this week, the co-founder of the controversial QuadrigaCX exchange reportedly has a criminal past and spent time in a U.S. federal prison. Michael Patryn, according to Canadian legal documents, changed his name twice from his birth name of Omar Dhanani after being deported to Canada following identity theft charges related to bank and credit card fraud. Patryn reportedly left Quadriga in 2016, and was not associated with the exchange when its other co-founder Gerald Cotten died and left $145 in clients crypto assets missing. Patryn has denied any connection to Omar Dhanani. 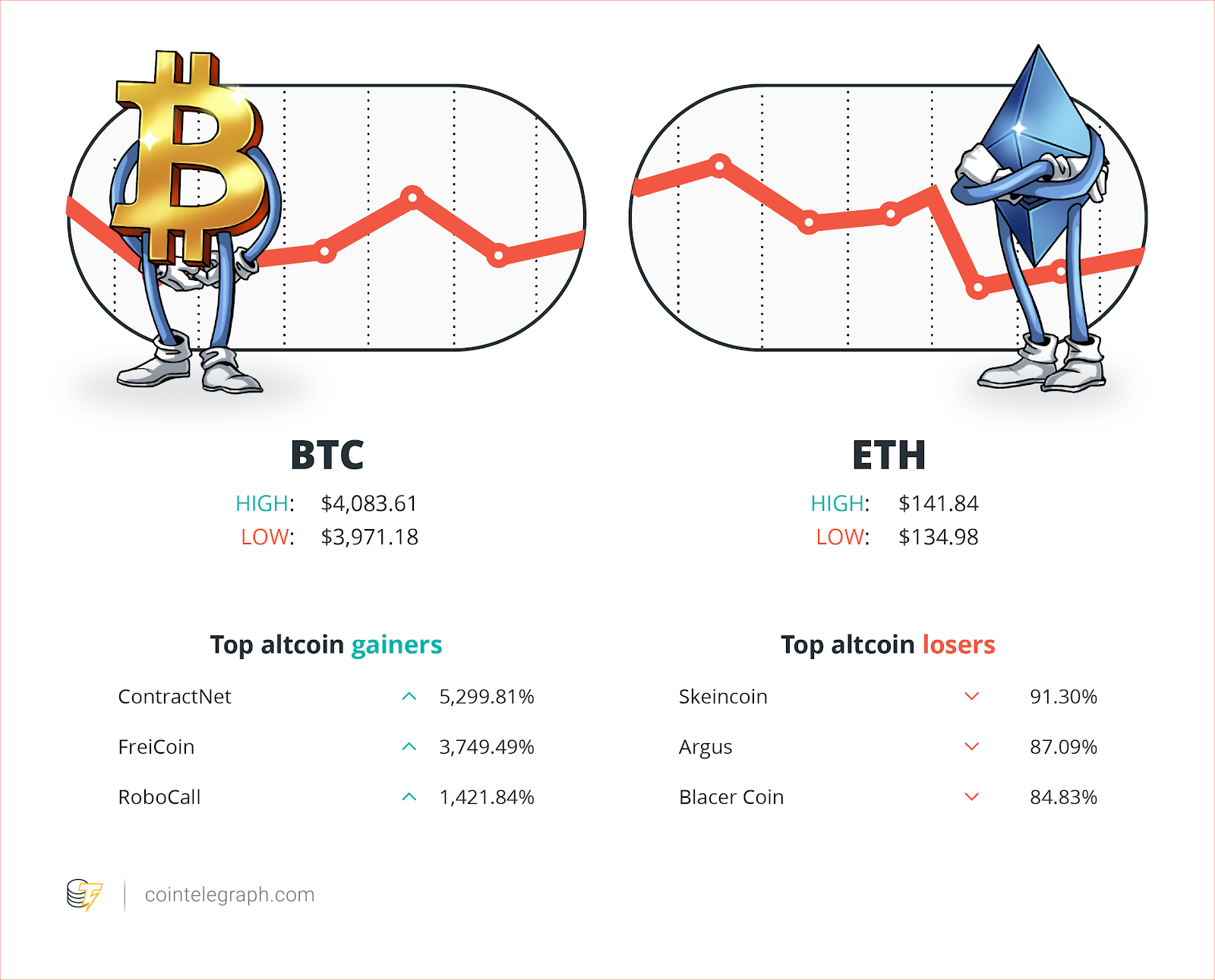 “If you can’t handle price swings you probably shouldn’t be investing or starting a company. Start-ups feel like that too. We are good at dealing with that; that’s why we are in this game.”

“Ultimately behind the scenes, they [crypto innovators] are going to have to use a bank to move funds. There’s more partnership instead of competition in that space.” 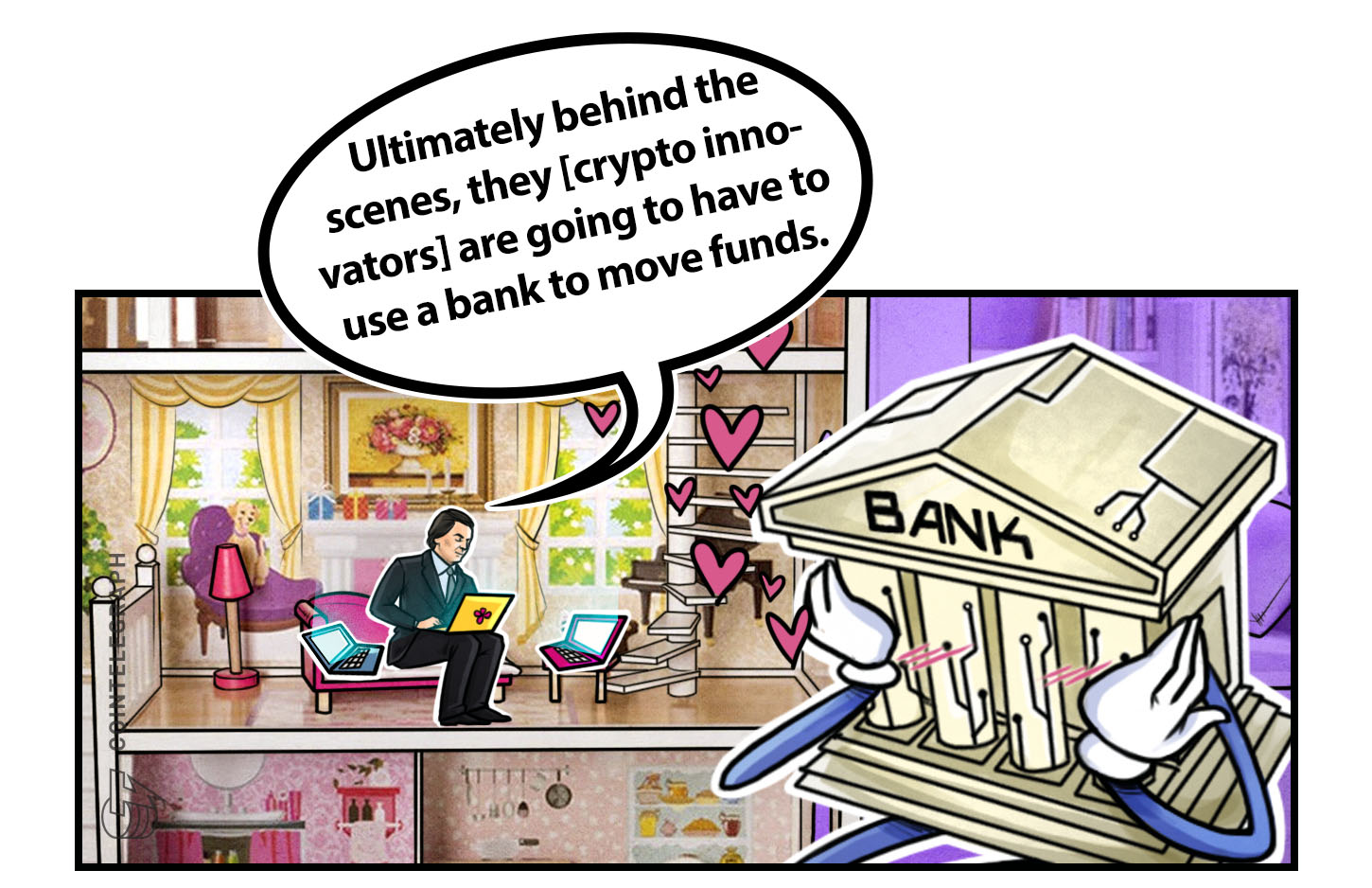 “You've got the math and the cryptography that dictates the rules on the protocol. The difference is that the applications and companies built on top of those protocols are run by humans, and we all know they are fallible. That's where the oversight comes into play.”

“We have a very interactive process with all the entities that come before us and [are] working diligently with all the applicants to process their applications and get their products on the market. But we need to ensure that a crypto product, just like any other product that’s traded on our markets, meets all the standards.”

“Central banks do not put a brake on innovations just for the sake of it. But neither should they speed ahead disregarding all traffic conditions.”

Co-founder and CEO of cryptocurrency trading platform BitMEX Arthur Hayes predicted this week that Bitcoin’s price will hit $10,000 this year. According to Hayes’ notes in a newsletter, the crypto market recovery is poised to begin in the early fourth quarter of 2019:

Most of the responses filed concerning the United States Securities and Exchange Commission (SEC) proposed rule change for the VanEck/SolidX Bitcoin exchange-traded fund (ETF) have been negative. CBOE’s BZX Equity Exchange, which would prospectively list the Bitcoin ETF, had temporarily withdrawn its application in January, citing the impacts of the U.S. government shutdown, but has since resubmitted the application. Of the now 12 public comments filed on the SEC’s website, eight are negative and urge the regulator not to approve the proposal, three are positive, and one is a request for the SEC to ask to the CBOE concerning wording in its proposal.

Research from trading analytics platform The Tie has found that almost 90 percent of cryptocurrency exchanges’ reported trade volumes may be incorrect. Looking at volume figures collected from 97 exchanges, the platform has found that 87% percent of the exchanges reported potentially suspicious trading volume, and 75% had various suspicious activity occurring on them. The organization reached their conclusion after looking at the average volume of well-known exchanges like CoinbasePro, Gemini and Poloniex, calculating the average volume per visit and then comparing that to the reported volume of lesser-known exchanges.

The Wall Street Journal reported this week that crypto platform Bakkt’s plans to store customers’ Bitcoin from its Bitcoin’s futures could be a reason for the U.S. CFTC to further delay giving its approval. Bakkt’s initial August announcement had noted that its first product would be daily, physically-delivered BTC futures subject to CFTC approval, and that the platform would hold Bitcoin on behalf of its clients in physical warehousing. People familiar with the matter as noted that the CFTC told Bakkt that it would need additional compliance if it planned to have custody over its customers’ cryptocurrency, prompting the platform to consider other options. 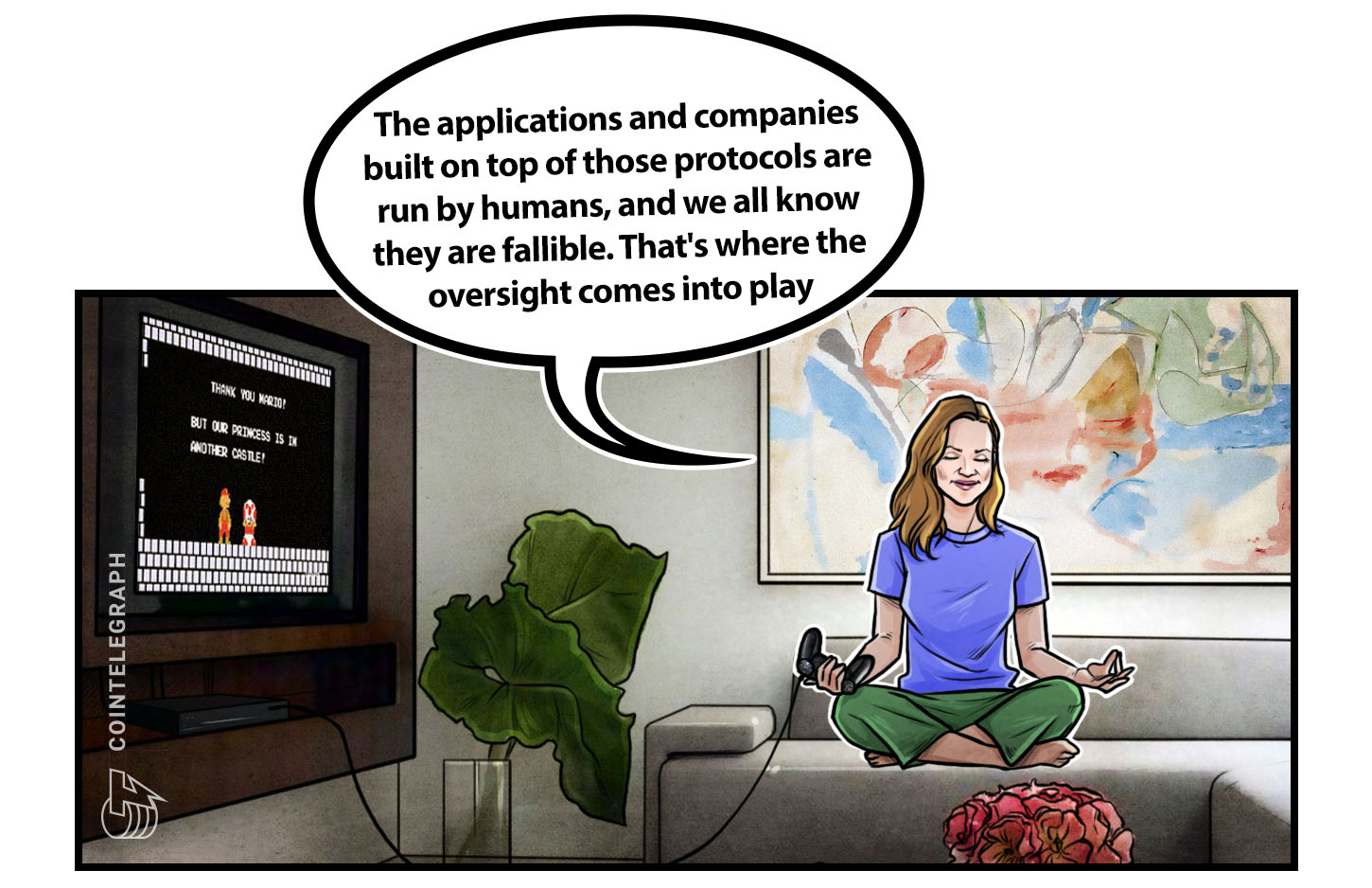 BitGuards: Why the Crypto Elite Are Increasingly Relying on Personal Security

In the seemingly unlikely, but still actual, case of criminals kidnapping crypto holders in order to physically force their crypto wallet passwords, more and more of the richer crypto players are turning to bodyguards as another form of protection. Cointelegraph spoke to one attempted kidnap victim about his rational beyond using more electronic security measures.

Neither Dominant Nor Defeated, EOS Still a Work in Progress

After an entirely harmless transaction for 1 trillion EOS was broadcast on the network (and instantly failed), various controversies behind EOS’ governance and its proposed role as an Ethereum replacement have again come to light. Cointelegraph looks at how EOS is currently used in the crypto community and what is left to work on.